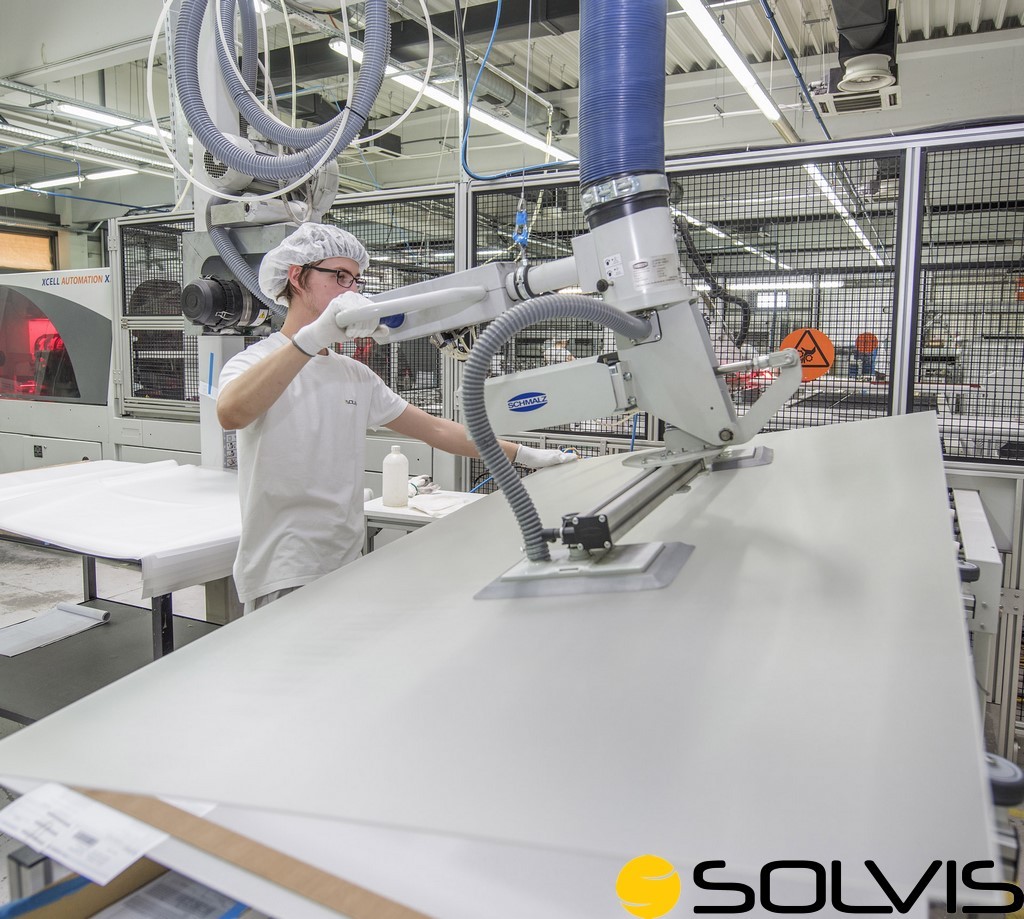 The international technological giant Google, having recognized the quality of Croatian production for equipping its two data centers in California,  ordered 120.000 solar panels from the Solvis Company from Varaždin – as reported by Večernji list.  Solvis has been developing these special panels together with experts from Google’s partner on Switzerland for more than two years. And according to the statement from the director Stjepan Talan they expect the continuation of cooperation and new orders from Google since this global company plans to equip all its facilities throughout the world with solar panels.

A few years back, both in Europe and the USA, there not many producers of solar panels making it most probably one of the reasons the Google company recognized us as a reliable high-quality producer. The reason may also be found in the fact that Solvis is not a large company so in addition to providing quality it can react swiftly and effectively to the specific requests of buyers. For example, presently we have twice as many orders than is our manufacturing possibility guaranteeing full production capacity in the next two years”, Talan noted, otherwise the owner and co-owner with members of his family of a number of companies active in Varaždin, employing more than 400 workers.

Solvis began producing solar panels in 2008 just before the great economic crisis. The years up to 2015, according to Talan,  were quite difficult. It was not only the time of general economic crisis but also a crisis in the solar industry. Our initial idea was to sell the solar panels primarily on the domestic market. However, there was no market in Croatia at that time nor was there any demand for solar panels. Only after years of investing and painstaking work on technological development we created high-quality products that found a market in Europe. Our main buyers at the time were Germany, France, Italy, Spain, The Netherlands, and Austria”, Talan told Večernji list

The first production line was set for a capacity of 15MW, while today the company has a capacity of 300MW solar panels per year. The number of employees grew from the initial 12 to 340. The company began with one standard solar panel and today tens of types are produced. Talan believes that the key to success lies in the development of new technologies which is of greater importance to them than the volume of production. Due to the increase of production capacities, we are constantly employing new workers, mostly electrical and mechanical engineers who are then additionally educated and trained for production as well as the personnel who work on production lines.

The director of Solvis believes that owing to the European Green Plan the demand for solar panels will grow continually for at least the next twenty years. However, he points out that it is important to secure through long-term agreements the repurchase of electricity and to additionally provide for and stabilize the market through the premium system and thus avoid volatility on the electricity market. “In spring Croatia is to initiate the premium system on which everyone who decides to invest in renewable energy sources could lean on. That’s why I can say with a great deal of certainty that solar is the business activity of the future”, Talan pointed out.