Development of Wind Farms in Line with Environmental and Nature Protection 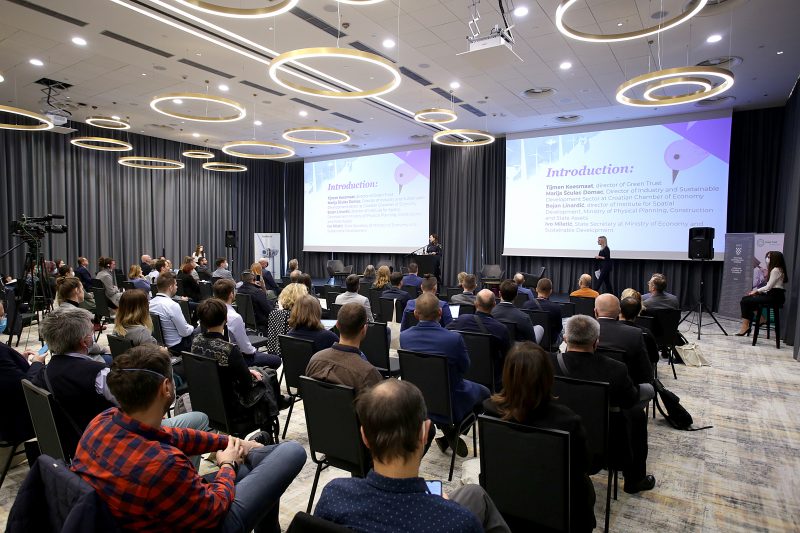 How to increase the share of renewable energy sources and at the same time protect nature and the environment was the topic of the conference ‘The Development of Wind Farms in Line with Environmental and Nature Protection” organized by the Dutch company Green Trust, German company Enercon that produces wind turbines and the Croatia Chamber of Commerce (HGK), held on Friday, November 5 in Zagreb – Green Trust reports.

Ivo Milatić, state secretary at the Ministry of the Economy and Sustainable Development emphasized in his introductory speech that, according to the National Programme of Recovery and Resilience, Croatia must achieve  1500 MW from renewable energy sources by the year 2024 and that we have to do everything possible to attain that goal. “We wish to simplify the procedure. The first step toward that goal was the adoption of the new Electric Energy Market Law. Now that we have settled that segment we have to solve the part that relates to environmental protection. At the start, in the  course of the physical planning process it is necessary to establish locations on which it is possible to implement renewable energy projects  and not have local leaders  determine the locations as they see fit”, the state secretary pointed out-

Bojan Linaradić, director of the Physical Planning Institute at the Ministry of Physical Planning, Construction and State Assets, confirmed that it was the direction pursued and emphasized that the State Physical Plan was under elaboration and that it was necessary to re-examine in more detail the physical distribution and capacities of renewable energy sources.

Tijman Keesmaat, director of the Green Trust Company which has participated to date in the realization of more than 50 wind farms, presented the example of the Krammer wind farm constructed in the Netherlands within the Nature 2000 programme to affirm the possibility, owing to new technologies, advanced mitigation measures and cooperation among all the stakeholders during the development of wind farms,  of achieving harmony between renewable energy sources and environmental and nature protection.

After the introductory speeches and lectures, a panel discussion was held on the manner in which procedures during the construction of wind farms can be improved while preserving nature at the same time.  The fact that  Croatia does not have enough data on habitats and sensitive areas was underscored as one of the main problems. Aljoša Duplić, director of the Environmental and Nature Protection Institute at the Ministry of the Economy and Sustainable Development announced that work on compiling habitat sensitivity maps is underway and will be available in spring 2023 for solar projects at the level of the entire country and for wind farm projects for the coastal counties. “The goal is to map the entire territory and align the maps with physical plans so that investors know which locations are adequate for RES development and on which ones they can expect potential problems with animal protection measures”, Duplić pointed out.

“The only thing we as investors want are clear and unambiguous rules and uniform criteria and we will abide by them The cooperation of all stakeholders is necessary in order for problems to be solved and procedures stepped up in the course of implementing renewable energy source projects”, Bojan Reščec, president of the Wind Energy Group of HGK’s Community for Renewable Sources, pointed out.

“It is not true that the state does not want to help in the development of renewable energy sources or that investors do not want to implement environmental protection measures. However, what is needed is a greater degree of openness on the part of the competent ministry in regard to new contemporary mitigation measures as well as the supplementary regulation of relations regarding the assessment of environmental impacts”,  Dalibor Hatić, the deputy chairman of the Association for Expert Environmental Protection Activities of HGK underlined.

At the end of the Conference, a Manifest has been signed in which all its participants committed to doing everything in their power in order to develop and construct wind farms in accordance with nature and environmental protection.