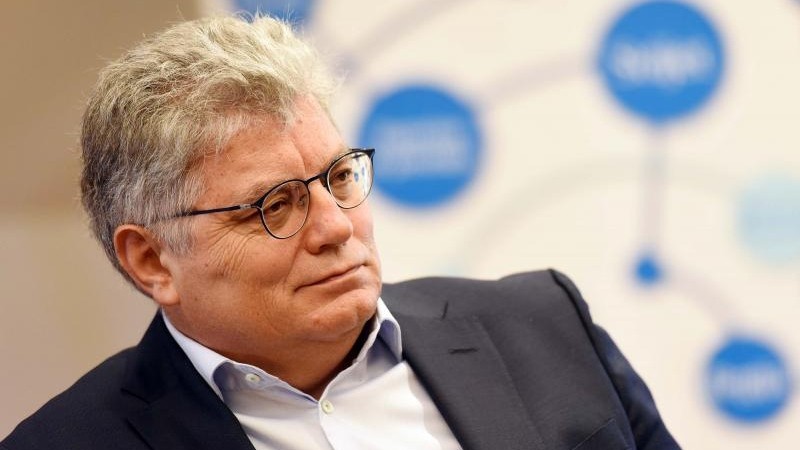 Solvis, the only producer of photo-voltage modules is a new member of the Associaiton Renewable Energy Sources of Croatia (RES Croatia)

The man behind the Varaždin’s innovative company, which joined the membership of the RES Croatia Association, is the versatile manager, founder and director Stjepan Talan. Making a huge change in his career, 12 years ago he left the pharmaceutical industry and embarked on a completely new branch – the solar industry – and succeeded in placing a Croatian firm on the world stage.

Considering that renewable sources of energy are becoming the backbone of the ‘green’ recovery from the current crisis caused by the corona pandemic and that Solvis is active in one of the most perspective sustainable industries, the future in the domestic and world arenas can only be – sunny.   We will join forces and efforts precisely for that kind of future – a more comprehensive turnabout toward solar energy and the strengthening of domestic industrial and energy potentials.

On the occasion of his company’s membership in RES Croatia, the founder of the Varaždin company, Stjepan Taland said: „By becoming a member of RES Croatia we expect positive effects and successful cooperation regarding the more systematic development of the solar industry along with the implementation of activities through which would continually support and boost the solar industry in Croatia and beyond.

Maja Pokrovac, the director of the RES Croatia Association wished a warm welcome to the Croatian producer of solar panels: “With an average of of 2600 hours of sunshine a year on the coast and 2000 hours in the lowland and mountainous regions, Croatia has an enormous potential for the production of solar electric energy which needs to be taken advantage of. We are striving for the implementation of solar projects through the inclusion of the industry, entrepreneurs and citizens, and with a new member.

The Solvis company – we will strive even harder to attain our common solar objectives as we believe it to be a public interest of our country as well as of Europe as a whole. Presently, in this crisis period in which the world has found itself, the importance and potential of domestic solar energy and domestic industry is more important than ever before. Solar energy, as the least expensive technology that is easy to implement, can play an important role in the recovery in which Solvis represents one of the key links.”

Solvis has been present on the world market since 2009 and from the very beginning it focused on the production of environmentally acceptable and readily available energy sources. As they themselves emphasise their products were the result of continued research and development and constant investment in human resources and equipment.

The strategy of the company was always based on investments in modern technologies and production of premium products so that today they produce standard products  (usually ranging from 36 to 72 cell modules) as well as made-to-measure models for canopies, facades and other special purposes according to the demands of the project and buyer.

Solvis’s solar palms absorb solar energy in Dubai, solar trees were set in from the student dormitories in Varaždin and Osijek while facade modules  cover the building of the International School in Copenhagen…

Their solar panels are on numerous houses, producing energy even on the roof of the IKEA store in Zagreb, while more recently two new solar electric power plants from Solvis’s comprehensive portfolio have been installed on the firms Pressglass (1 MW) and Tehnix (1 MW). Their buyers, as can be seen from their extensive portfolio, value quality and reliability which has spilled over to capacity: from the initial 15 MW they raised capacity to 30 MW then to 60 MW and now to 160 MW per year.

The company from Varaždin is the only one that held on to the solar panel production market in Croatia and survived the crisis in the solar industry which began after 2010 and which numerous producers did not withstand. The reason? Vision and perseverance!

Today the company is a large exporter – almost 75% of its production (the greater part to EU, Middle East and North African countries) – it is growing and tenacious. It has proven that in the current COVID 19 crisis – the existing situation has not stopped the company. Moreover, ideas on new products are generated on a daily basis.

PrevPreviousWe Have Potential and Experience – All We Need is a Bold Step Towards Geothermal Transition
Next(I.) Energy Transition: Why we Needed Feed-in Tariffs and Why we are Switching to Premium ModelNext