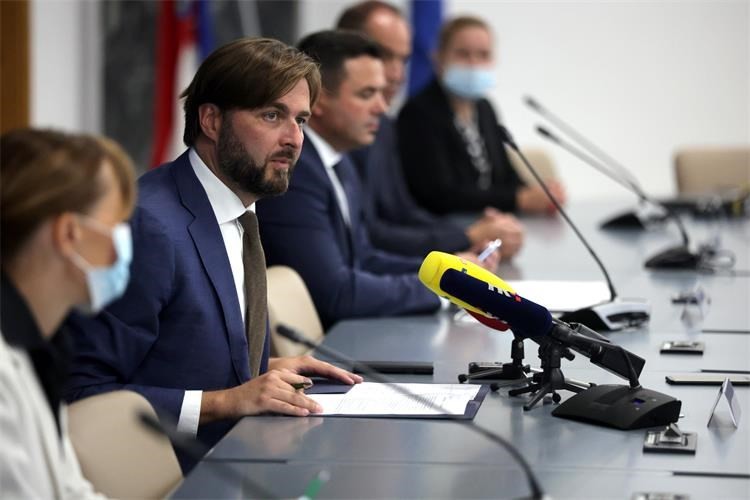 The public call for “Enhancing the competitiveness of companies through investments in digital and green transition”, worth 1.14 billion HRK, resulted in the submission of a total of 842 project applications of which about 320 will be financed and which should as a consequence initiate an investment cycle valued at 3.8 billion HRK – according to the Government of the Republic of Croatia.

At a press conference at the Ministry of the Economy and Sustainable Development, its minister, Tomislav Ćorić noted that the public call was announced on April 30, lasted up to May 31 of this year, and that in the preceding 2.5 months, the employees of HMAG-BICRO evaluated 842 submitted project proposals. The bidding was intended for small and medium entrepreneurs in the production and processing industries with a view to enhancing their production capacities, in connection which Minister Ćorić emphasized that the funds were financed from the REACT-EU Instrument (Recovery Assistance for Cohesion and the Territories of Europe) and noting among other things, his satisfaction that a number of projects from the Sisak-Moslavina County have also applied and that according to preliminary data 12 projects applications will “channel” into that County more than 37 million HRK.

The chairman of the HAMAG-BICRO Board, Vjeran Vrbanec, thanked the Ministry of the Economy and Sustainable Development and the Ministry of Regional Development and EU Funds for having put at its disposal for part of the work on processing the applications a certain number of employees contributing in this way to processing all the project applications in ‘record time’. He also pointed out that the overall value of the incentives requested by the entrepreneurs amounted to 2.5 billion HRK and that as of today they will begin to receive information on the results of the applications, namely the number of points they acquired upon the completion of the assessment.

At the end of the process, the balance of the evaluation showed that 597 applications were positively and 245 negatively assessed, meaning that the approval reached a level of about 70 percent. The funds will primarily go to those whose projects applications have satisfied to the greatest degree the set conditions, namely, achieved the best results and attained the greatest number of points which amounted to approximately 320 projects.  Upon receiving the notifications there will be a possibility of appeal and Vrbanec pointed out that together with the relevant ministries he would try to find a way to implement the decisions on financing the projects even before the end of the appeal period.

“The total value of the direct grants to be awarded on the basis of this call amounts to 1.14 billion HRK, and we estimate that along with the funds of the users an investment cycle will be closed in the value of more than 3.6 billion HRK. This speaks to the fact that 1 HRK of the grants awarded through this kind of call links 3 additional HRK to the initial value of the investment cycle. This is proof that the call was programmed in a qualitative way and that Croatian entrepreneurs need precisely this type of calls”, the chairman of the board Vrbanec emphasized.

Ćorić underlined that the forthcoming period will bring a whole array of calls that will be steered in the same and similar directions as the results of the competition presented today. These calls, with a digital, namely, the green component will open up a broad and necessary space for the further strengthening of capacities and enhancement of the competitiveness of domestic production and processing industries. He then went on to emphasize that the National Plan of Recovery and Resilience (NPRS) implies the continual monitoring of new projects and assistance to new breakthrough investment activities of entrepreneurs. Accordingly, the direct grants from the National Plan of Recovery and Resilience to entrepreneurs for the transition to energy-efficient economic activities in the forthcoming period will amount to 1.9 billion HRK.  In addition, 960 million HRK will be channeled into innovations and digitalization and 1.1 billion HRK in incentives for investments that are a precondition for a circular economy.

In addition, financial instruments directed at investment and competition enhancement will also be available through HAMAG-BICRO and HBOR in the value of 2.3 billion HRK. “That is what can be expected in 2022 and 2023”, the minister of the economy announced.

PrevPreviousThe EU, EIN and the Government of the Republic of Croatia support the transition to a green and carbon neutral energy sector
NextRenewable Energy Sources of Croatia and the Island Movement are organizing the first conference dedicated to the use of solar energyNext