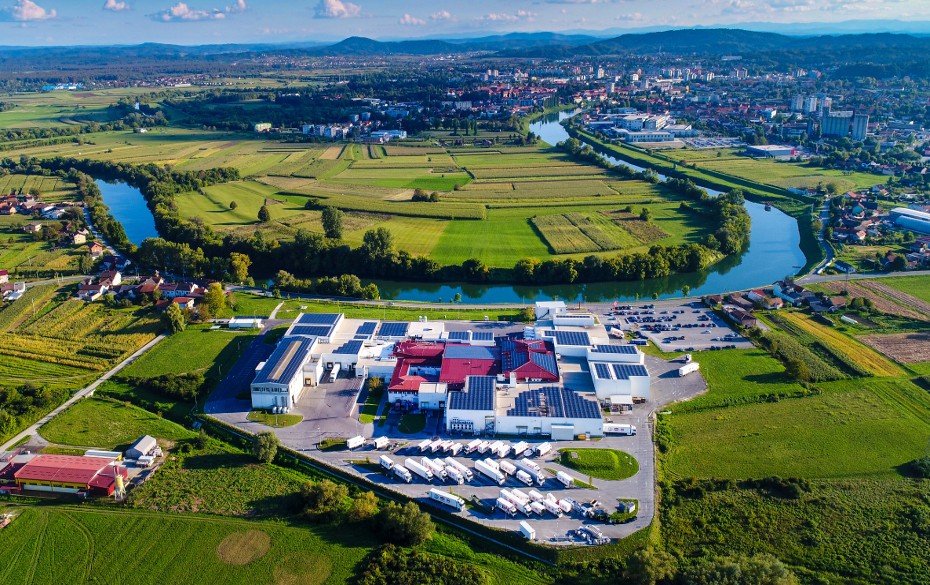 In the PPK Karlovac meat processing plant, one of the leading Croatian food industries a solar power plant was put into operation covering a surface of 7.500 m2 with a  power output of 1.2 MW. A total of 3.939 photo-voltage modules with an individual power of 305W produce electricity for self-consumption which PPK uses in its production processes – the company announced on its webpage.

The total value of the investment in the solar power plant amounted to 7.2 million HRK of which half was co-financed by grants from the Ministry of Agriculture through the 4.2. sub-item “Subsidy for investments in the processing, marketing and/or development of agricultural products, implementation of type 4.2.3 operations “Use of renewable energy sources.”

The expected annual production of the solar power plant is 1.2 GWh, while the consumption of electricity from conventional sources is 10.7 GWh on a yearly basis. Therefore, savings in energy will amount to 10.89 percent, namely, 830 thousand HRK annually, and the investment return period is estimated at 5.2 years. Another goal of the project is the contribution to environmental protection which will be manifested in the reduction of CO2 emissions by 274 tonnes annually.

It should be emphasized that the project is completely a Croatian domestic product. The Croatian company Enerco Solar designed and contracted the project, while all the equipment for its construction, including the panels made by the Croatian producer Solvis are domestically produced. The solar power plant was constructed on the principle “key in hand” and implemented in cooperation with the company HEP ESCO, a member of the HEP group, as the first project from the Programme HEP EE solar plus which deals in investments for energy efficiency and renewable energy sources for industrial facilities.

The PPK Karlovac meat processing industry is part of the Pivac Group which continually invests in projects geared at preserving the environment and reducing the negative impact on the environment. After the investment in Karlovac was completed the company plans to build a 2MW solar power plant in the new facility of the Pivac Brothers Meat Industry which is currently under construction in the Business Zone of Ravči near Vrgorac. In addition, plans are also underway to invest in a 1 MW power solar plant in the Meat processing industry Vajdi in Cakovec, namely, a 0.2 MW plant on the beef farm Sumbar in Recica near Karlovac the expansion of which is currently underway.