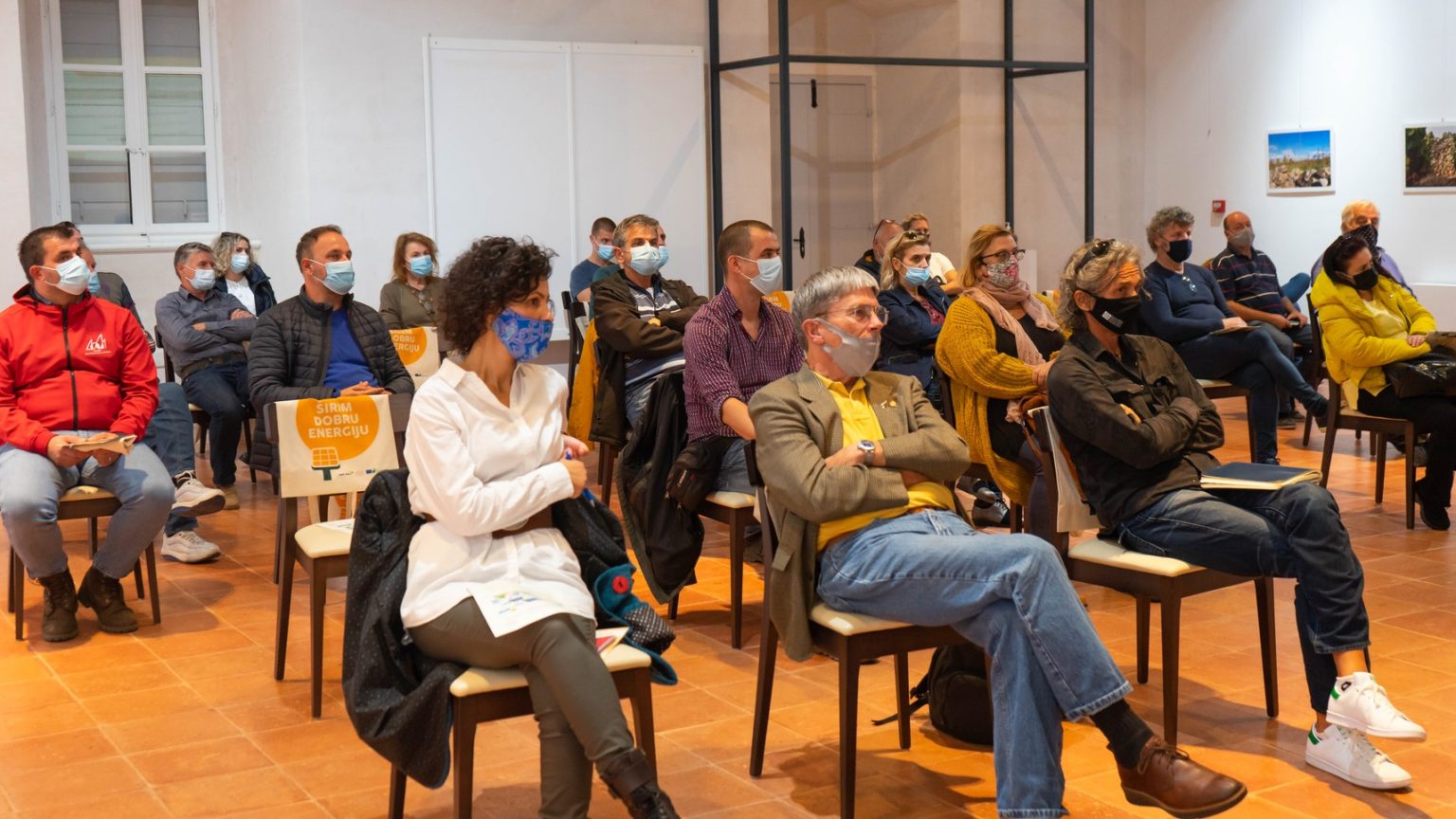 In addition to workshops, working meetings were held with the participation of the Mayor of Hvar Rikardo Novak, Head Nino Pijanović, Senior Adviser for European and National Funds, Strategic Planning and Environmental Protection Jerina Ćurin, representatives of the Committee for Renewable Energy Sources and Environmental Protection Šime Fio and Tonči Trbuhović. The meetings discussed the financial means that will encourage the green transition and potential project proposals that the city of Hvar can apply for the announced tenders in the field of energy.

On Thursday and Friday afternoon, public forums for citizens were held in the Arsenal Gallery and the Jelsa Municipality building, where the possibilities and the way of their inclusion in the energy transition through the development of small solar power plants and the organization of energy communities were presented. The presentation was given by Ivan Zoković from the Island Movement and Goran Čačić from the Green Energy Cooperative, and the residents of Hvar and Jelsa expressed interest in the development of projects and actively participated in the discussion.

The conclusion of the two workshops is that the islanders have all the prerequisites for the implementation of solar power systems on the roofs of their houses and that they are ready for these investments.