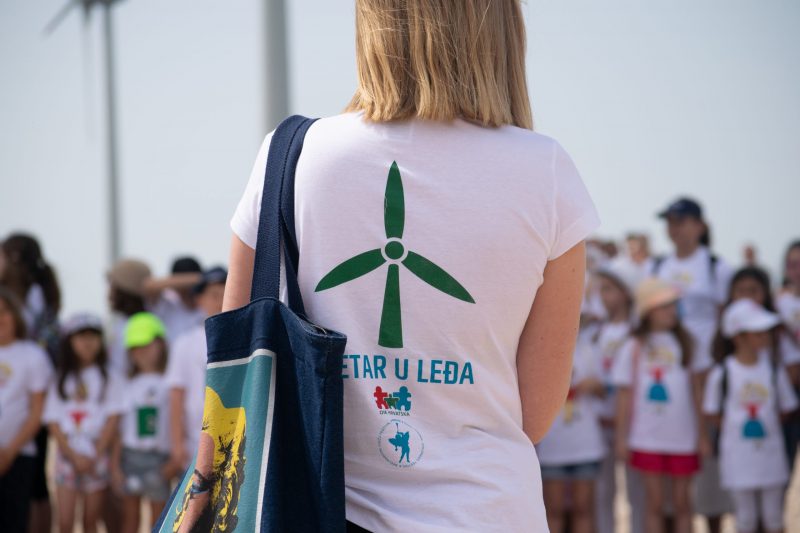 The first regional conference “Days of Good Wind” exceeded all expectations gathering 200 participants from Croatia and countries from around the world. Their common goal was to review the future of wind energy in Europe. The prospects and development of wind energy in Europe with special emphasis on II Europe were discussed by the representatives of domestic, regional and European organizations.

The review of the current state of the wind energy sector, its support systems, and ensuing results, including the development of a premium system were the main topics of the first conference day. The second day began by an introduction of the trends in the sector such as corporate arrangements on the acquisition of renewable energy with focus also targeted at the impact of market incentives, premium models and tenders as well as the financing of wind power plants, environmental protection and power generating units for the next decade.

The opening address at the Conference was given by the Minister of Environment and Energy of the Republic of Croatia, Tomislav Ćorić, who pointed out:

The fact that we have gathered for the second times speaks for itself and asserts that Days of Good Wind conference is definitely a positive step forward, particularly in the context of structured considerations of the wind sector and ultimately in the promotion of its objectives on the energy map of the Republic of Croatia. Croatia entered the year 2019 with great ambitions and one of our key ambitions was to elaborate an Energy Development Strategy of the Republic of Croatia. It contains above all a very clear orientation to renewable sources of energy and the accompanying infrastructure development. The practice to date has shown that wind energy production has somehow managed to become most successful not only in regard to the number of megawatts but also regarding the projects that are currently being developed. I am certain that the forthcoming period will bring affirmation precisely to this sector”.

Those present were also addressed by the Director of the Business Association of Renewable Energy Sources of Croatia (RESC), Maja Pokrovac:

“I would like to greet Minister Tomislav Ćorić who kept his promise given last year at Days of Good Wind Conference and is present at this year’s conference as well. I wish to thank the Ministry of Environment and Energy for sponsoring these first steps we as an Association are trying to make in the positioning of the wind industry. The representatives of our neighboring countries as well as those from the broader region of South-East Europe are here for the first time. The interest is really great and I thank all of you who have helped through this first regional conference, to demonstrate what we know and are capable of not only in Croatia but in South-East Europe too. I wish to greet my colleagues from energy institutions and agencies in Croatia and the region, colleagues from WindEurope who are taking part in an event in our country for the first time, the manufacturers of turbines also with us for the first time and those who have in a way initiated all of this – producers of energy from renewable sources. Croatia has good results in the wind industry, it has the know-how and as an EU member state, in a way, it has a regional responsibility to transfer its knowledge and assure other countries so that on the basis of our experiences we can improve this market together. We organized this Conference for that very purpose”

Wind in the Sails of the Šibenik International Children’s Festival

Owing to its financial donation as well as inclusion in the program, the RESC has provided wind in the sails of the Šibenik International Children’s Festival and to that effect Maja Pakrovac emphasized the importance of cooperating with children and youth who represent the future and who are through their numerous actions worldwide drawing attention to the ongoing climate changes and requesting the transition to renewable energy sources. This oldest children’s festival in the world has included the environment and clean energy within the content of its workshops and as an overture to the conference a joint visit to the wind power station Danilo was organized during which the Festival children’s choir sang the festival hymn “Hello Little Ones” to the conference participants while in the course of viewing the wind park the children learned a great deal about the use of wind as a renewable source of energy.

The Director of the Šibenik Children’s Festival, Jakov Bilić pointed out:

“It is of interest to note that for the first time we are participating at a conference which is not devoted to art but simply to life. Aware of the times we live in and responsibility to our planet Earth, we wish to encourage children from the earliest age to become conscious of the importance of protecting the environment considering that everything a child learns in its earliest childhood remains imprinted in its later years. Precisely for that reason, it is necessary to react today and develop responsibility in them, not only to themselves but to the planet they live on. We shall espouse all that you are already doing, transfer it to the youngest ones and create a platform for the future, for some new generations in your and our sectors that will contribute to the development of the community while the topics of this conference on wind energy and the environment are precisely what we wish to participate in”.

The impressions shared by the participants of the first regional conference “Days of Good Wind” as well as of the children from the Šibenik International Children’s Festival who visited the Wind Power Plant Danilo can be viewed on the YouTube channel of RESC. This first regional gathering was proclaimed a meeting point of wind created synergy a confirmation of which is not only the great number of participants but also the support provided to the conference. As sponsors “Days of Good Wind” received the support of: Nordex Acciona , HEP , HROTE , wpd Adria , ECOwind , Enlight Renewable Energy Ltd. , Petrol ,SIEMENS Gamesa , GE Renewable Energy , Fractal , Terra Purus, Inteligentna energija