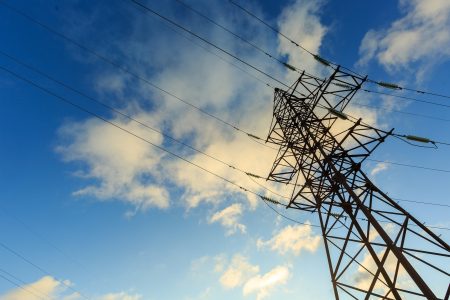 The weather conditions in Croatia as experienced in the last few days gave rise to some extreme situations in view of meteorological and electric power features. The Genoa cyclone which hit Croatia brought rain that froze when touching the ground (so-called freezing rain) as well as an extremely strong sirocco which caused problems primarily in the coastal regions. The area of Split was hit particularly hard with torrential rain which broke rainfall parameter records. All these elements favored the toppling of the daily, namely, hourly record in the production of electricity from renewable energy sources of the electrical energy system of Croatia (EES) – HOPS announced.

According to the preliminary assessments for Sunday, December 6, 2020, Croatia hydro-power plants produced a total of over 30GWh, whereby production reached almost 1400 MWh/h.  Likewise, the production in new renewable energy sources facilities did not fall behind producing as much as 843 MWh/h among which wind farms should be singled out, considering that they generated, along with the current installed capacities of about 800MW, maximum hourly production of approximately 717 MWh/h while current production reached as much as 731 MW.

Therefore, the overall production from traditional and new renewable energy sources amounted to approximately 48 GWh, which was more than the Croatian EES consumption on the given day (about 47GWh) making the maximum hourly production from all RES over 2100 MWh/h.

As the mentioned record production took place on a Sunday when consumption is habitually the lowest (daily maximum of about 2250 MWh/h, the Croatian transmission grid was seriously challenged to ensure the download of such abundant production quantities, namely, the export of surplus to neighboring countries. In the category of records is also the fact that the Croatian EES which is primarily an importer and covers 20-40 percent of the annual consumption by importing electricity, exported on that Sunday more than 1100 MWh/h. Problems were encountered by the glitches in the transmission grid caused by a hurricane-strong sirocco, the repairs of which are still underway.

The situation relating to plants can also be viewed as a serious live test for some extreme situations that are being attested for the needs of developing transmission grids. Such situations are rare, but HOPS has to be prepared for them and have an adequate solution. The required answer to that question is ever more pressing in the context of high costs of the requests for connecting new renewable sources in the Dalmatian region where the question is ever more frequently imposed regarding the limits of particular connections to the grid which the Croatian EES can withstand without significantly strengthening very high voltage transmission routes. The answer is complex and requires the mutual understanding of the operators of the transmission system, electricity producers, legislators, and energy regulators – as pointed out by HOPS.