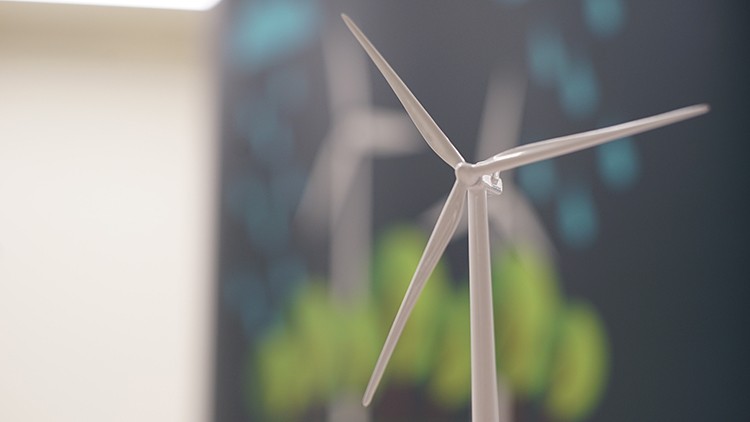 The first Days of Good Wind gathered a large number of interested parties organized on the occasion of the Global Wind Day by the RESC association. The co-organizer was the Jurje Dobrilo University in Pula and the sponsor the Ministry of Environment and Energy and partners HOPS and the City of Šibenik with Petrol as the main sponsor.

On Thursday June 14, a visit to the wind farm Glunča was organized  when the SCREENING, ANALYSIS AND MONITORING of the wind aggregate by the Darna d.o.o. company was undertaken with the use of new technology which provided an integral solution.

The following participants were present at the scientific. Expert gathering held on June 15:  Tomislav Ćorić Minister of Environment and Energy, Domagoj Validižić, assistant minister of the environment and energy from the Department of energy, Darija Puljić deputy county prefect of the Šibenik-Knin County, Anđelko Katavić. Deputy prefect of the Split-Dalmatia County and Head of the Administrative Economy Department, EU funds and Agriculture, Danijel Mileta deputy mayor of the city of Šibenik, Mario Gudelj, CEO of HOPS, representatives of HEP, HEP-ODS, representatives of HROTE, Croatian Chamber of Commerce, representatives of the academic community: Faculty of Electrical Engineering and Computing, FEBS, Scientific-Technological Institute of the Jurje Dobrilo University in Pula, Studies of Energy Efficiency and Renewable Sources in Šibenik, cluster of intelligent energy, ZEZ, ZEF, representatives of the entrepreneurial sector who united motivated by the vision of acquiring energy from wind.

From the very beginning the materialization of the vision of producing electric power from wind was supported and encouraged by a man who spent his entire life in HEP (Croatian Power Industry). During the Homeland War he prudently worked as the director of the Split transmission area and at the first Forum of renewable energy sources organized by the RES Community in 2006, he said: “Colleagues, don’t be afraid of the wind.” It is of very admirable that even in retirement he continued to actively follow all developments in the field of energy in the world, particularly new transmission technologies and with his invaluable experience and knowledge is helping new generations – the person in question is the energy expert Marko Lovrić. Precisely due to that reason he had the honour of being the first speaker to address the participants of the scientific-expert gathering “Days of Good Wind”.

In her introductory presentation at the gathering the Director of RESC, Maja Pokrivac pointed out among other the following:

“All of you attending this gathering should be welcomed, but minister Corić in particular. Not because he is highest ranking person here but because after many year of the inability of appropriate and constructive communication with those who adopt public policies he is the one who made communication possible once again. Minister Čorić speaks of domestic production indicating thereby that we can rely on domestic resources in our country which is a real breakthrough because up to now no such communication existed on that topic. HOPS was another institution we did not communicate  with so I would like to greet Mr. Gudelj and his team for having recognized that they should be here with us. The point is that we should try to understand each other, at least sit at the same table. I greet all those present at this gathering since the responsibility in the adoption of public energy policies in our country lies not only within the jurisdiction of the ministry and other state institutions – but also on the scientific community, economic community as well as colleagues from the NGO sector. We are all participants in the setting of goals and strategies which we will be establishing not only through co-creation but through co-responsibility as well. We are working on the creation of a new syntagm – THROUGH THE CREATION OF SYNERGY TO CROATIAN ENERGY and this meeting is an indication of it. Although these are only the first “Days of Good” Wind” and regardless of the fact that RESC is a young association we have boldly set a goal – our wish is for the world fair of the wind industry 2021 to be held in Croatia. Help us,   meaning all of us together, demonstrate the knowledge we have and to bravely pull off the energy transition. The state should not fear interests because the point is to put all the interests on the table and see what society, the economy and citizens can do. I am already inviting you to come to this gathering next year so we can assess the results of what has been done. Evaluate us as well. Invite us to be together in the process of creating an energy self-sufficient Croatia.”

In his greeting address the Minster of Environment and Energy Tomislav Ćorić among other said:

“It is real pleasure to be at the first “Days of Good Wind” and I congratulate all of you for having brought together at the meeting the academic community and the professionals. Very often these two groups are on parallel tracks that do not coincide, do not communicate and interpenetrate which is a problem faced by the majority of transitional countries.  You proved by today’s gathering and organization of a panel that it is possible and necessary since without it there can be no progress. A year ago when I had the first talks in my new ministry and the energy sector came on the agenda my associates warned me that we had a problem – the first sentence I heard was: “The system is unsustainable”. The compensation for RES project hadn’t changed for years and was insufficient for   maintaining the system let alone for developing it. We brought a decision then which was rather difficult at the time but viewing it from today’s perspective, it was one of the most favourable moves in the context of renewable energy development because we demonstrated to you in the energy sector that we will do everything to make the system sustainable and gave you the signal to continue to develop your projects in the future.

The RES system is Croatia’s future. With 573MW produced by wind and connected to the grid we really have the potential that can be affirmed and developed We are currently in the inter-phase due to the fact that the RES law has not been as yet been passed but on Monday we referred it for review and expect it be on the agenda of the Government in the next month and a half.  The idea is with this new law is to make the RES production system more accessible and to eliminate some of the problems the producers are faced with. We are aware that it will not be possible in full, but believe that the path we are threading is a beneficial one. In parallel, our new strategy of the energy development of the Republic of Croatia  is in the process of elaboration and the idea is to have the strategy on the Government’s table in the last quarter of this year and in that context to finally reach the affirmation of new production from RES.

It is very difficult to attain Croatia’s energy self-sufficiency considering the fact at present we are importing a significant share of electrical power, at an average about 40%. However, what we can do, and what we will insist on is the affirmation of the domestic production from RES. Given its potentials Croatia really has the exceptional possibility to assert wind, the sun and its water resources. Not many countries in Europe have such possibilities. What is indisputable is that we will do everything to have that happen. I pledge from this rostrum – this time next year will be the time for collating results. The Ministry, the Cabinet of the minister, the Department for Energy will be open to any constructive idea coming from the energy sector”.

The chairman of the managing board of HOPS (Croatian Transmission System Operator) Mario Gudelj gave a presentation “Wind Farms in the Croatian Electrical Power System.

Nataša Putak, associate and expert from the RES and VUK Business Unit, HROTE spoke of the development of RES projects in Croatia in the period 2007-2016 and prospects of future trends.

Domagoj Validžić, assistant minister of the environment and energy spoke of the energy strategy and legislative framework.

The project of 3D printed wind turbines was presented by Assistant Professor Sven Maričić, PhD, assistant rector for new technologies at the University in Pula, Scientific-Technological Institute of the Jurje Dobrilo University in Pula

The director of RESC, Maja Pokrovac, had the honor to launch this innovative wind pipe in the company of doc. dr. sc. Sven Maričić and his assistants Mieta Bobanović and Ivan Veljović.

The panel THE FUTURE OF WIND IN NEW STIMULATING MODELS was moderated by Bojan Reščec, Director of RP Global

The Panel THE POTENTIAL OF NEW INVESTMENTS IN WIND AND SUN ENERGY IN CROATIA AND THE REGION was moderated by Maja Pokrovac, MSc.  Director of RESC

After all the panels and presentations, Vedran Galić from G.A.D. PRODUCTION announced the establishing of a donation project “Wind in the Sails Powered by RPGlobal”

Among the hundred or so interested experts, the scientific-expert conference “Days of Good Wind” was followed with great interest by the students of the Studies of Energy Efficiency and Renewable Sources of Energy from Šibenik. The packed auditorium at the first “Days of Good Wind” is proof of the need and interest for communication, exchange of know-how and experience, joint formulation of the future of energy in the utilization of domestic renewable sources –  Croatian energy through the creation of synergy.