(II.) Croatia and the Feed-in-Premium Model: What Will the New System Bring and how Will it Function? 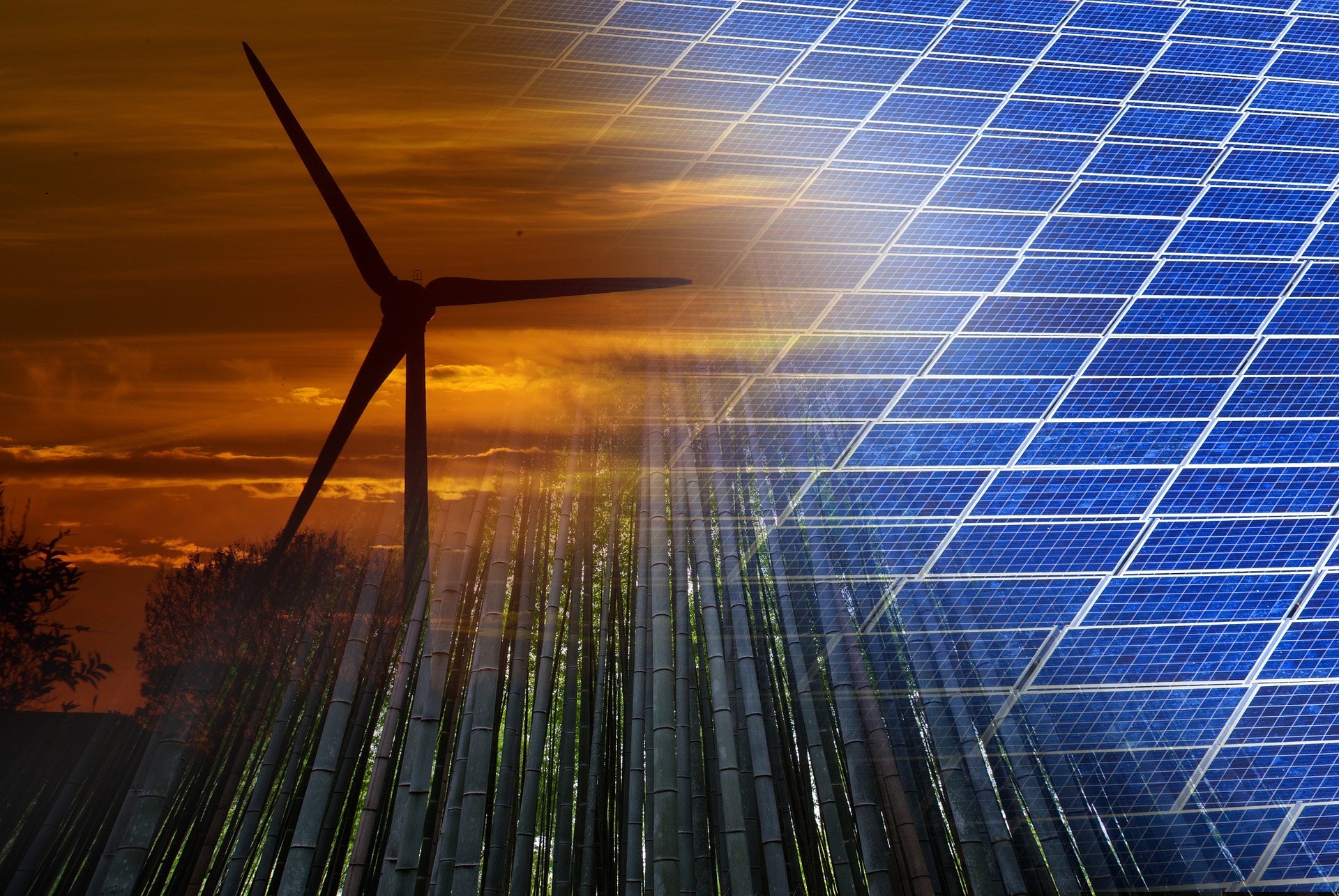 However the model also demonstrated its weaknesses. A big problem in Croatia was the unequal treatment of some types of renewable sources, and particularly the unclear definition of the relationship toward the mandatory degree of stimulation of electricity from a specific source. From the very beginning the quotas that would clearly establish the level of incentives for specific forms of technology were not defined either by laws or by-laws. The Strategy of Energy Development from 2009 defined a development strategy that was not accompanied by an adequate regulatory framework which caused frequent changes of administrative procedures. In short, the investors were frequently in an unfavourable situation because they could not plan the project terms of the development and the development itself lasted up to ten years.

Due to decreased costs of equipment for the production of energy from renewable sources as well as the impossibility of introducing market competition in the sector, the European Commission revoked the FIT stimulation model and introduced the system of premium incentives which exposes producers of electricity from renewable sources to market risks. In 2016 the Commission adopted new rules for all programmes and measues of support to the production of electricity from renewable sources (in line with the Guidelines for state Incentives for environmental protection and energy for the period 2014-2020). For that reason Croatia also adopted in early 2016 the long announced Law on Renewable Energy Sources and high-efficiency co-generation (Law RES and HEC) as the umbreally law which regulates the sector of renewable sources. With the coming into force of this Law, among other, the previous regulations that applied to the incentive system cased to be valid.

The Law envisages within the defined quotas two types of renewable energy incentives:

Through a public tender the most favourable offers of preferential producers of electricity from renewable sources are selected who will secure the right to payment of HROTE’s guaranteed purchase price.

However, in the course of 2016 the by-laws envisaged by the were not brought and HROTE did not conclude any new contracts on the purchase of electricity from renewable sources. The non-existence of key implementing acts for stimulating the use of renewable energy sources represented the greatest administrative obstacle to their further development. So there ensued a rather lengthy stagnation of the sector making it an understatement to say that the introduction of the premium model lasted. The premium model was precisely the key presumption for a new investment cycle and further development of the sector or, in other words, for the continuation of the energy transition.  In spite of it all that and considering the recognised Croatian potential (8,000 to 9,000 MW only in sun and wind), investors developed project  and waited. That is why at this point in time we have projects of renewable sources in the value of more than 12 billion HRK that are developed and/or ready for construction.

In the course of last and this year finally long awaited changes and shift have taken place with the legal framework (we have a new Strategy of Energy Development of the Republic of Croatia to the year 2030 with prospects to 2050 and an integrated national energy and climate plan for the Republic of Croatia (from 2021 to 2030) and in May of this year key provisions have also been adopted. Among those, the Directive on quoatas for promoting the production of electricity from renewable  energy sources and efficient co-generation which sets the quotas for stimulating production from renewable sources. Without the adoption of the mentioned Directive on January 1, 2016 it was not possible to award state incentives for promoting the production of electricity from renewable sources.

On the basis of the quota proposal from the Directive two state programmes of state incentives have been developed – one according to the procedure approved by the Ministry of Finance for announcing tender in that year and the second programme which is sent to approval to the European Commission and encompasses the period 2020-2022 and relates to the approval of announcing tenders for awarding market premiums.

The programme is applied by HROTE given that it is the body entrusted with the awarding of incentives.

The quotas from the Directive are set taking into consideration the Strategy of Energy Development of the Republic of Croatia to 2030 with prospects to 2050 and the integrated national energy and climate plan for the Republic of Croatia from 2021 to 2030. The overall quota of all the groups of production plants for stimulating the production of electricity from renewable energy sources and high efficiency co-generations amounts to 2,265.ooo kW. Quotas per specific technologies can be viewed here.

Workflow of tender and contracting procedures

HROTE is authorized to implement public tenders for awarding market premium, namely, public tenders for concluding contracts on the purchase of electricity at guaranteed purchase prices in a way that it established quotas on an annual basis for specific technologies of production plants at a rate which ensures market competition and the envisaged inclusion into the production plant system. Therefore, public tenders imply the most favourable bidder selected by HROTE at least once a year. Croatia is introducing a floating FIP which we clarified in the introductory text and the premium will last 12 years.

In the public announcement of tenders.,criteria will be defined of the time frame projections of entering the incentive system and beginning of payments for production plants of the  winning bidder in order for the goals to be implemented in the most cost effective manner.

– The electricity producers negotiate a contract on the sale of electricity on the market with the preferential market participants (supplier, stock exchange, etc.)

– A public tender is announced for guaranteed purchase prices

– HROTE negotiates a contract for the purchase of electricity

Why is Croatia introducing the premium model?

The question of whether Croatia needs the premium model, namely, whether we need to stimulate renewable energy sources at all is asked quite frequently given that some of them already function along market based lines. However, things are not black or white. Through its national energy sector development policy  Croatia as opted for heightened efforts in the decarbonisation  of the economy by placing  emphasis on the development of electricity energy production from its own domestic sources and that is the only possible use of renewable sources, above all sun and wind, that are at its disposal.

Considering that the production price of electricity from renewable sources is still not sustainable market wise, incentive measures are a necessity. The EU allows for stimulating this sector only through the premium model which is that last stage of transition to the purely market approach. Respecting the EU guidelines and regulations Croatia has integrated into its legislation the best from the EU recommendations –  the transparent competition for the lowest production price in order to avoid all the vagueness from the  previous system of a fixed incentive level. The variability of the premium will certainly provide great advantages to all stakeholders on the market, both producers and consumers.

The higher the market price of electricity the lower the premiums the state will have to pay and accordingly the end consumer will indirectly pay  lower  fees. The premium model has proved to be the most appropriate for Croatia for a number of reasons. Croatia, as it already know, has high development costs due to fiscal and parafiscal burdens, disorderly regional planning regulations, large areas within the ecological grid…

The Croatian electricity market is still insufficiently developed and animated making the financial sector require certain guarantees, namely, the banks require guarantees of the projects’ cost effectiveness as otherwise they are not prepared to finance them. It is precisely in this respect that the premium model has an important role since the precondition is the “bankability” of the project. The market will wake up with the implementation of new projects, renewable sources will increasingly be utilized and bring greater benefits to the local communities and citizens, lower prices of energy and, ultimately, the development of the renewable sources sector  will be  based exclusively on the market.

Read more on the Subject in connected articles:

(I.) Energy Transition: Why we Needed Feed-in Tarrifs and Why we are Switching to Premium Model

(III.) Case Study: What Croatia Can Learn From the German Experience of Introducing the Premium Model?

*Sources used for the entire series of articles on premium model