(I.) Energy Transition: Why we Needed Feed-in Tariffs and Why we are Switching to Premium Model 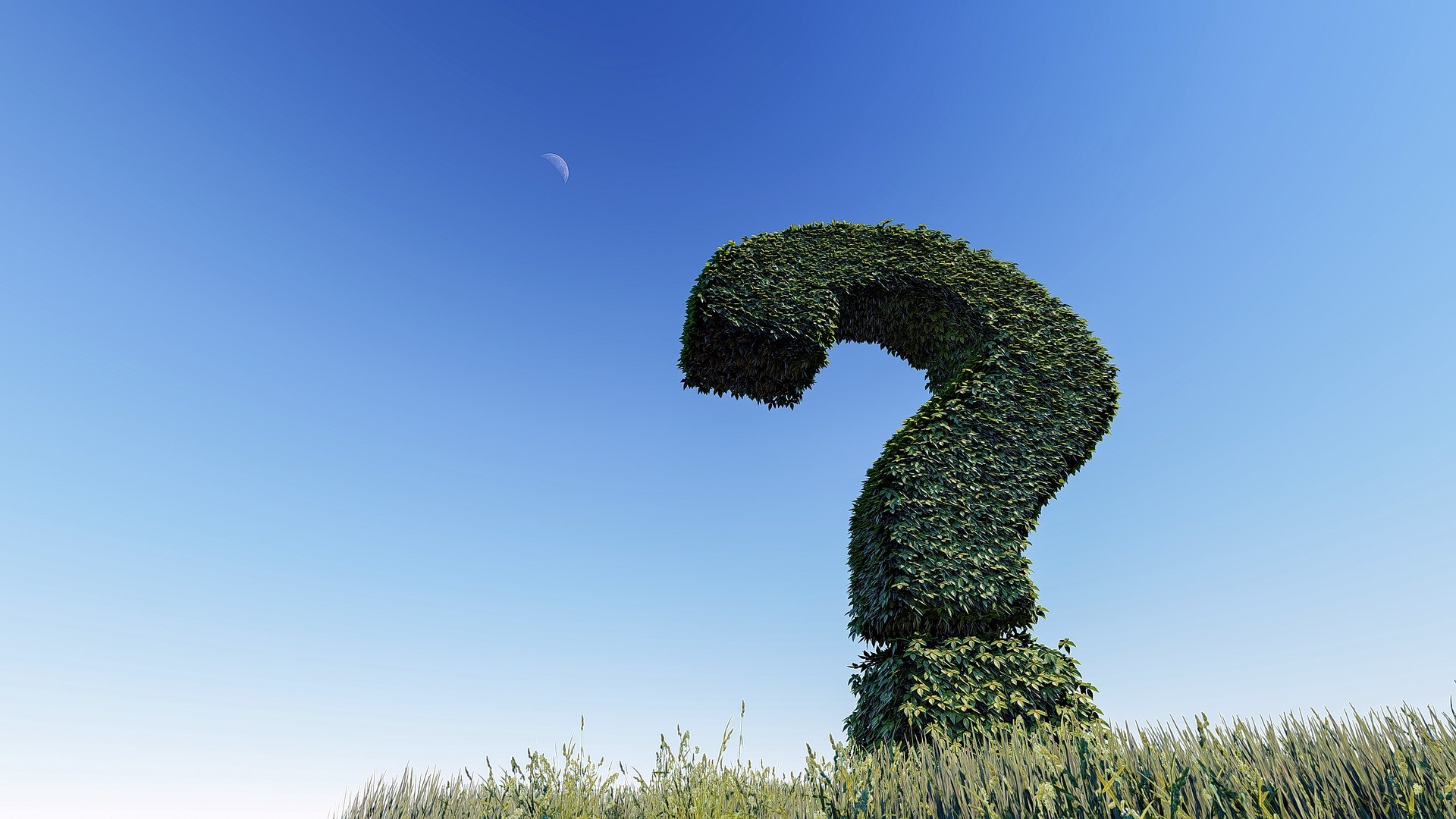 Given the fact that the recently adopted premium model of stimulating  production from renewable energy sources is a novelty in Croatia we have prepared a series of texts containing clarifications on the most represented models of stimulating renewable sources in Europe as well as the reasons for their application (I),  also what the introduction of the premium model means for Croatia and how it will function (II), case studies from other countries which introduced the premium model and lessons we can draw from their experience (III and IV).

Europe is going through a transformation – an energy transition to renewable energy sources and carbon neutrality. Due to the crisis caused by the corona pandemic the emphasis on this transition have become even more pressing and investments in renewable sources part of the recovery plan from the unexpected blow.

Long ago Europe has opted for energy sources it has at its disposal, such as sun or wind and gradually initiated the process of their market integration. This transition to a „green continent“ aspired to in the set European goals for the next few decades does not happen either easily or quickly as Croatia  has experienced on its own skin. Due to that reason the European Union has decided to stimulate the  energy transition in various ways. This is precisely what is intended through incentives for renewable energy sources: promote the development of new technologies to such a degree at which it will be able to independently function in line with market principles. In some countries (and technologies) it is already possible. In others, the process is still underway. European countries have introduced various models of stimulating energy production from renewable sources.

However, if we dwell on the primary ones (secondary models include various financial incentives such as loans, etc., tax reliefs, various accounting systems, etc.) the most frequent is the one most known to us and frequently criticized system of mandatory prices, namely, the feed-in tariffs (FIT) in which the charge (compensation) is mostly allocated administratively, then the feed-in premium – FiP in which the premium is allocated on the basis of tenders and then the green certificates quota system.

In the last decade or so, the system of mandatory prices, or FIT system dominated on the European scene and in Croatia as well primarily because it was necessary in order for  investors to be willing to take risk on the new markets. After identifying and finding solutions for initial barriers, the tender system was the logical course in order to effectuate a decrease in the costs of renewable energy sources. Therefore, FIT got its successor – the feed-in-premium. The advanced model in which the market impact is heightened and with which the second phase of energy transition was initiated was also followed by Croatia. At its session held on May 14, 2020 the Government adopted the Regulation On Quotas For The Promotion Of Electricity Production Using Renewable Energy Sources And High-Efficiency Co-generation with which the application of the feed-in-premium for renewable sources and a new investment cycle was set off.

Considering that the feed-in-premium is a novelty in Croatia, we have prepared a series of texts which contain detailed clarifications of the model of stimulating renewable energy sources in Europe and the reasons for their utilisation (I), what the premium model brings Croatia and how  it will function (II), case studies of other countries that have introduced the premium model as well as the most important lesson we can learn from their experiences (III and IV).

In this first, introductory text we will primarily dwell on the basic clarifications and purpose of the two most represented models of promoting renewable energy sources in Europe: FIT and FIP.

For a start, let us call to mind why FIT was introduced, namely, how it functions. According to the FIT system the producers of renewable energy sources receive a total fixed compensation per kilowatt hour of produced energy. The state concludes an agreement with the power plant operator on the basis of which, during a specific number of years (in Croatia it was a 14 years) pays in advance the set price for every supplied unit of electric power, while by acquiring the status of a preferential producer the plant operator acquires priority rights on the grid, meaning that the transmission operator is obliged to take over all the supplied energy. Therefore, the preferential producer within the FIT system is not exposed to changes on the electric power market but is protected by the sale contract with a guaranteed redemption price. In addition, in most cases preferential producers within the FIT system are not responsible for divergences from the production plan and consequential imbalances in the electric power system.

The compensation in FIT can be established either along administrative lines according to state assessments or on the basis of tenders, varying   depending on the technology and size of the plant. FITs with administrative   postulates were introduced at a time when renewable energy technologies were immature and technological progress needed to be stimulated in that way. However, in order to reduce the costs of renewable sources and evident shortcomings, the FIT schemes were replaced by other instruments. In other words, one of the most frequent critiques of the system was that the allocation of high level incentives to underdeveloped technologies resulted in quick increases of overall incentive expenses. On the other hand high tariffs were necessary so investors would be prepared to take risks with new technologies. The FIT system initiated a higher level of implementation of renewable energy at a time when the gap between renewable and conventional sources of energy was considerable, although the cost of developing renewable energy sources acquired a considerable share in the final price of electric power, which ultimately burdened the industry, particularly the energy intensive sectors and the pockets of end consumers.  In addition, it became clear that FIT schemes did not follow the speed of technological progress and distanced the renewable energy producers from the market price evolution.

Due to all the above and  to the decreased costs of renewable sources the European Commission deemed the time was ripe to either revoke or reduce  traditional incentives with a guaranteed price and that renewable sources be placed completely or partially on the market. As of January 1, 2016 the principles listed below are to be applied to all new programs and incentive measures:

– Incentives can be awarded as premiums over the market price, whereby producers sell their energy directly on the market (exceptions are plants smaller than 500kW)

– The necessity of introducing measures which ensure that producers do not receive incentives for the production of electric power at negative prices.

As of January 1, 2017 incentives can be allocated exclusively on the basis of implemented competitive tender procedures. Many EU member countries (Germany, France, Italy, Greece…), including Croatia as well have opted for the FIT model based on tenders (investors compete for premiums).

The premium incentive system is cited as an example of a market oriented system of incentives. In that case preferential producers sell their energy directly on the market at an achieved market price, whereby they receive an additional amount of the premium over the achieved price.  Therefore, as opposed to other fixed tariffs, the system of premium incentives is more transparent and market oriented given that the market price of electric power is part of the overall income the preferential producers receive. FIP offers clear advantages in respect to the integration of renewable energy sources by way of connecting the compensation to market prices. Feed-in-premium is above all envisaged for the gradual integration of renewable energy sources on the market and is actually the more advanced form of the model of the guaranteed price system with a number of possible levels of exposure of preferential producers to market risks. It contains the need for increased activities of preferential producers on the electric power market, and consequently to risk exposure. The effectiveness of the premiums, considering the level of market exposure, depends on whether they are fixed or variable, how often their values are determined (hourly, monthly, quarterly or yearly), and whether there is  the lowest and highest amount which preferential producers obtain for produced electric power.

In the process producers with variable premiums are less exposed to market risks than producers with fixed premiums. In addition, in the FIP system producers are responsible for deviations in relation to the planned production and are consequently forced to predict their own production. Depending on how the model is defined, FIP does not eliminate the risk from selling electric power guaranteeing the right of first refusal. Therefore, preferential producers have to ensure the sale of produced electric power to a third party, consumed at the place of production or else participate on the electric power stock exchange.

The premium systems consist of various forms of premiums that can be fixed premium, floating premiums and premiums with caps and floors.

– Fixed FIPs consist of a administratively established premium which is constant in terms of time (fixed) and is paid along with the market price for produced energy. The overall compensation depends on market prices during the supply of electric power from renewable energy plants. From the perspective of the system the risk also exists from the excessive compensation if  market prices are too high.

The FIP scheme with upper and lower limits increases the sensitivity of producers to market prices given that it is more difficult to sell electric power when market prices are high. This gives way to a series of priorities and has the effect of decreasing the overall incentive costs. In order to increase the compensation, investors in renewable sources should take into consideration more variables than exist in the FIT system, such as an orientation (for example toward solar panels) and the most appropriate technology (for example, wind farms). This leads to a more efficient balance of supply and demand of electric power and ultimately to a positive effect on market prices.

–  Floating premiums are conceived in a way that its compensation is determined beforehand and is based on the average performances of the producer of specific technology. The premium is calculated on the basis of the average income of the producers from renewable sources on the wholesale market. The main priority of this system is the balancing of market risks among producers with the same technology and promotes better market integration. The complexity of the floating system lies in its constant recalculations (in average over a specific period, most frequently on a monthly basis).

In conclusion, FIT was a thing of necessity in order for investors to be willing to take risks and for the new technology to be given a chance on the market. Feed-in-premium is a more transparent, advanced transitional model in which the market impact is more pronounced and with which we are moving forward to the second phase of energy transition. It was primarily envisaged for the gradual integration of renewable energy sources on the market which is actually the end goal of energy transition.

Read more on the Subject in connected articles:

(II.) Croatia and the Feed-in-Premium Model: What Will the New System Bring and how Will it Function?

(III.) Case Study: What Croatia Can Learn From the German Experience of Introducing the Feed-in-Premium Model?

*Sources used for the entire series of articles on premium model