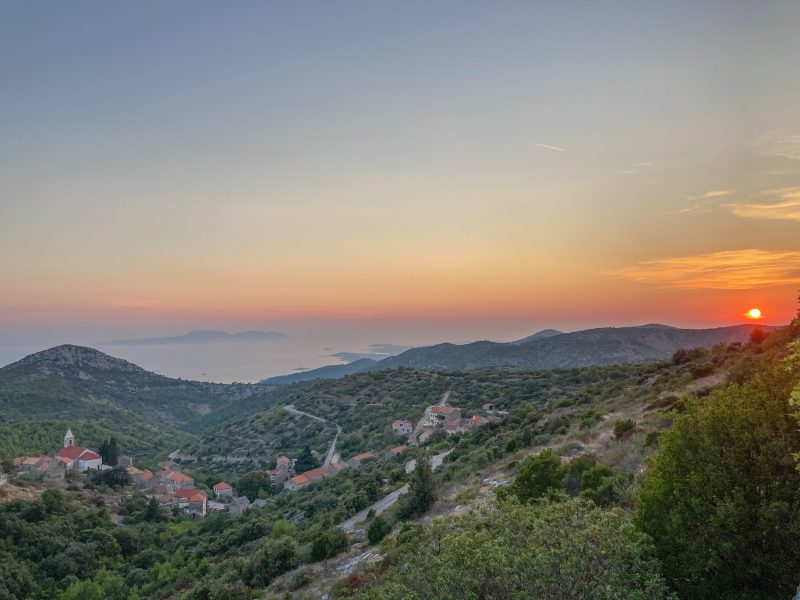 In the last few years, there has been a lot of talk about the need for energy transition and its potential to improve the quality of life, both in cities and in less developed areas. Islands are frequently mentioned in particular in this context as ideal areas for the development of RES projects that would apply new technologies and test revolutionary solutions. While they are being discussed at regional, national, European and recently even global level, the islanders are trying to cope with the huge imbalance created by the rapid development of tourism and the burdens it brings in the summer months.

Life on the island has two extremely important and at the same time totally opposed realities – the summer one and the winter one. Many who do not live on the islands like to spend their free time there. The islands are an escape oasis during the summer holidays and a favourite place to “recharge the batteries”.

Life on the islands, with the population decreasing every year, mostly relies on tourism for at least four months a year, and when the guests leave, the islanders dedicate their time to olives, viticulture and other agricultural work. After the winter, they are renovating and upgrading the accommodation capacities, create promotions for the upcoming tourist season. Rinse and repeat, every year for the last few decades.

However, this winter will be different and many islanders are wondering how they will overcome it financially. Under the influence of the global coronavirus pandemic the tourist season was shorter than usual, so the income from tourism on the islands is also lower. The COVID-19 virus showed us the unsustainability of the existing system and we became aware of how little it takes to run out of everything we relied on overnight. Still, as every crisis is also an opportunity, this one pointed out the potentials that we have, but are not being used, and the need to change habits and ensure more sustainable business models and lifestyle.

The Croatian islands are located in a geographically ideal area for exploiting the maximum potential of solar energy, but we have very few installed solar photovoltaic systems. Electricity comes to us from the mainland and is distributed along the island by power lines. The electricity grid, despite the overall load and large differences in the number of users in summer and winter, is still relatively stable, and solar systems are mostly found only in places where the grid does not yet exist – in remote bays and villages.

In these parts, the islanders decided 30 years ago for an off-grid power sources, and today they supply their tourist accommodation with electricity from small solar power plants on their roofs. They are not even aware that in their finding a way to supply electricity at the end of the last century, they were in fact the pioneers of today’s highly sought-after model that the EU puts at the centre of the energy transition – on-site production. The consumer of electricity is also the producer of the same, the so-called “Prosumer”, and this model is a global direction for further development of sustainable tourism.

The announced political strategies and measures to recover the economy from the effects of the COVID-19 pandemic, as well as the support of the European Commission, which directs significant financial resources towards the development of islands across the EU, could all bring a sunny renaissance to islanders.

The end consumers and their role in the process of energy transition are at the centre of visions of European strategies. In order for the system to be sustainable, it must, in addition to benefiting the environment, also ensure the welfare of the community. It is crucial that the island community and local self-government units on whose sunny land and roofs energy will be produced, have a concrete financial and social benefit, following the model of the so-called. joint ventures and energy cooperatives that have been developing over the years in neighbouring EU countries.

Guided by this idea, in 2015 we founded the Island Movement. Our vision is to connect islanders and raise awareness on potential of island resources, but also the importance of sustainable development models so that the accompanying technological development can still protect and preserve the cultural and natural heritage of the islands. Through education and job creation, we want to help the inhabitants of the island in achieving energy self-sufficiency, and motivate them not to emigrate but to stay and live in the island areas. Through our activities and work with the local community and various stakeholders in island development, we saw the need to create a platform that would integrate the realistic image of life on the island with the development image, as seen by regional, national and EU authorities. Communicating with islanders, we began to identify their real needs and create strategies and policies for island development. In the last few years, we have been actively working on raising awareness and educating the island population about the energy transition, its planning and implementation. We have created a network that brings together islands in transition and coordinates the activities of energy transition managers on Korcula, Hvar, Brac, Silba, Cres and Losinj.

We are members of the European Federation of citizen energy cooperatives (REScoop.eu), from which we draw knowledge and experience, as well as tools and models that we want to implement in Croatian island communities. Our cooperation with the Clean Energy for EU Islands Secretariat has brought us an insight into good practices in the use of renewable energy sources in other countries, especially on the islands. We believe that Croatian islands have the opportunity to use and capitalize on their resources and, in addition to switching to renewable sources that can reduce costs and increase the competitiveness of their businesses and economies, in this way ensuring a better quality of life and increasing the value of the overall tourist offer.

We have been hearing about these solutions for ten years and many countries, despite the much smaller number of their sunny hours, have overtaken us in the development and implementation of RES projects, especially solar. Unlike us, they dared to look longer term and invest in new technologies even while they were extremely expensive at the very beginnings. Today, when technology is more developed and more affordable, especially with numerous announcements of increased funding and the introduction of new models for implementing energy transitions on the islands, we have no excuse not to take the path that is opening and change habits in life and business.

We believe that the recently signed agreement on strategic partnership between the Island Movement and the Renewable Energy Sources Association of Croatia will help achieve this goal. Part of the financial resources of the European Recovery Plan is intended for Croatia, and the implementation of the energy transition of the Croatian islands should certainly be among the investment priorities. However, the energy transition is not only a turn in the way we produce electricity, but also a turn in the way we use energy and what kind of relationship we have with the nature that surrounds us.

Around us is the blue of the sea, above us is the gold of the sun. Using them we can multiply the value and return what is gained to the community by enriching the quality of life on the islands.

Text and Photos by Maja Jurisic