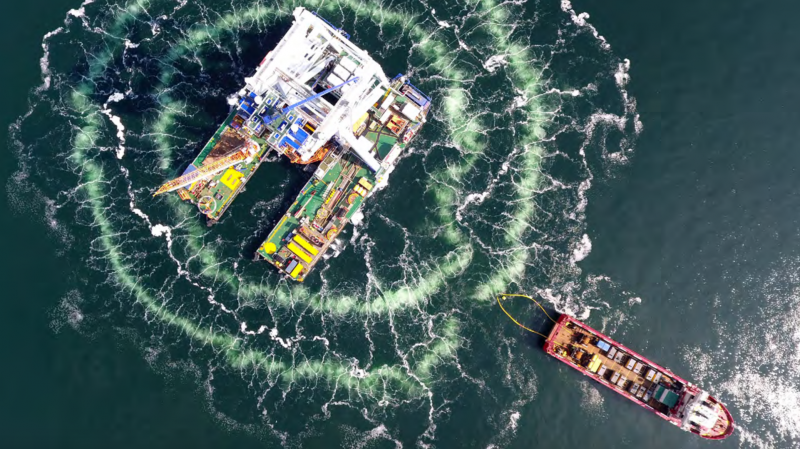 In spite of the limitations imposed by the coronavirus pandemic, Europe confirmed record investments in new offshore wind farms in 2020 – 26.3 billion EUR for financing  7.1GW of new offshore wind energy capacities, as reported by WindEurope.

“Investors see that off-shore wind is cheap, reliable and resilient – and that governments want more from it. Such investments will create new jobs and promote growth. Every new off-shore wind turbine generates 15 million EUR of economic activity. We expect that the number of 77 thousand people working in this industry in Europe today will grow to 200 thousand by the year 2030,”  Giles Dickson, the executive director of WindEurope pointed out and emphasized the proven resilience of the off-shore wind industry. The existing European off-shore wind farms are continuing to operate, he added, and new ones are continued to be built.

Last year, 2.9 GW of new offshore wind farms were installed which is in line with the forecasts of WindEurope prior to Covid 19, and presently Europe has a capacity of 25 GW from offshore wind energy. The Netherlands connected 1.493 MW to the grid, Belgium 706 MW, Great Britain 483 MW, Germany 219 MW while Portugal completed the installation of a floating wind farm co-financed by EU’s program NER300, as reported in the new report – Offshore wind in Europe – key trends and statistics 2020.

Europe now has 116 off-shore wind farms in 12 countries, whereby 40 percent of the capacities are in Great Britain. However, new players are entering the stage. France will begin the construction of its offshore wind farms after reaching the final investment decision on 1 GW until 2023. It also plans four small floating wind farms and will offer, this year, through a tender, a large floating wind farm. Poland adopted a historic Off-shore Wind Act and aims at 28GW to the year 2050. In addition, it initiated an agreement between all eight Baltic countries on cooperation in the development of offshore wind farms. Greece will adopt plans for the development of offshore wind farms and the three Baltic countries – Estonia, Latvia, and Lithuania  – are developing their own projects. Off-shore wind is no longer only limited to the North Sea – an increasing number of countries is moving in that direction.

According to WindEurope technology is continuing to develop and the average size of the turbines installed last year exceeded 8 MV. In addition, large orders were registered last year for GE turbines, 13 MW GE Haliade-X. Siemens Gamesa also announced its new 14 MW capacity turbine. The turning point was the EU’s strategy for the development of offshore renewable energy sources (ORES) brought by the European Commission last year. It provided regulators with a framework and set the goal of 300 GW offshore wind to the year 2050 which is 25 times more than what the EU has today.

“It is admirable that many more countries have now committed to Contract for Differences (CfD) as the model of financing. It is cheap for governments due to the fact that funds are paid and returned depending on market prices which significantly lowers the costs of financing, meaning lower bills for energy consumers. Now, the UK, Denmark, Poland, France, Ireland and Lithuania will use CfD’s – according to Dickson,