ASTRASUN – The newest member of the Renewable Energy Sources of Croatia 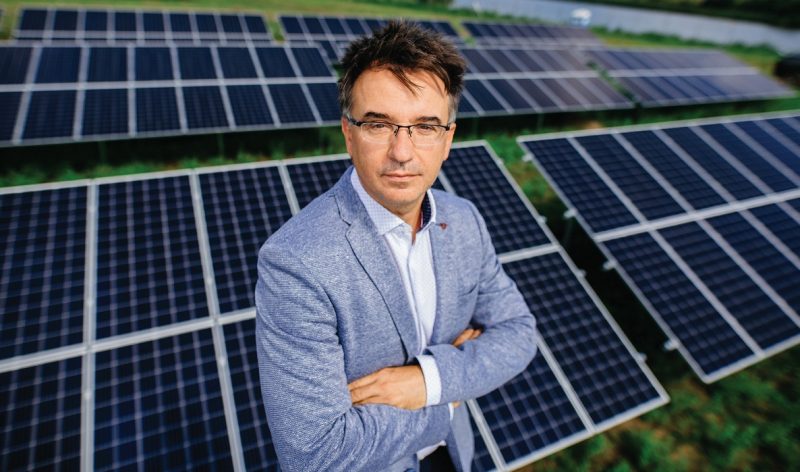 The Hungarian ASTRASUN Group was founded in 1998, and initially was engaged in wholesale activities, then gradually turned to technical developments, design, and production. After seeing the perspective on the Croatian market in 2020, the parent company established the company ASTRASUN d.o.o.

The company, which cooperates with many domestic and international partners, has 40 existing solar power plant, and one with 11.7 MW capacity under construction in Hungary. Next to its own portfolio, ASTRASUN has hundreds of MW in design, development, and construction projects. The company plans to go to the Budapest Stock Exchange in the first half of 2022 which will bring further development in the areas of corporate governance, social responsibility, and finance.

ASTRASUN is also an investor and plays the role of a green unit trust in the market of renewable energy. In this role, they would like to work with local solar and wind energy project developers in Croatia.

The uniqueness of ASTRASUN lies in the resiliency and innovation with which it continuously monitors and supports its activities. One example is the hybrid system that the company developed in 2018 for a production cooperative in Jászárokszállás to cover its own energy consumption with a unique solution. The 210 kWp system is a complex unit with an energy storage battery, mains-powered system and forms a complex whole with a heat accumulation of 100 m3. All of this provides the heating and electricity needs of a farm that has 2,000 pigs.

Another example is the solar power plant in Csurgó, which is the result of many years of brownfield development, and with its 1.6 MW, it has been in full operation since 2020. This project is a great example in many ways. The area of the PV plant is an earlier landfill, covered with a layer of about a meter thick soil. The structure of the soil made traditional piling – which is used to securely fasten structures supporting solar panels – completely impossible, therefore, a method of fastening specifically tailored to the field had to be developed instead. The “gripping” fixation, specially developed for this terrain, not only solved stability but later also prevented soil erosion. At the solar power plant in Csurgó, ASTRASUN first used sheep grazing as a solution to maintain plant growth. The presence of sheep has been shown to increase soil fertility which is an environmental benefit.

“Wood is a renewable source of raw material, it can be extracted locally, and this allows the development of a circular farming model.  Its purchase price is more stable than steel’s price and it also sequesters CO2 in its atmosphere, so its carbon footprint is low“, explains Dr. Attila Keresztes, ASTRASUN solar director, and adds another example of green approach:

“We use as little concrete as possible during installation, leaving enough space between the rows of solar panels to allow at least three kinds of plant associations (light-loving, half-light loving, and shadow-tolerant plants) to form. Mowing is carried out by a flock of sheep, so the use of petrol mowers doesn’t pollute the air, and the natural fertilization of the soil also enriches the wildlife.”

ASTRASUN is one of the pioneers in introducing agricultural solar systems in Hungary, harmonizing their application in agriculture with energy production. He launched his Solarsheep® program based on his own positive experience, and the service of maintaining the space of solar power plants by grazing sheep is available as a unique business initiative. The company has already made this service available to its partners, and the demonstration farm of that project is a solar park that spreads over 32 hectares in Bicske.

The region on the road to renewable energy

The ASTRASUN Group is preparing for the implementation of projects in each of the countries of the region from 2022 onwards, for which it will need Croatian associates: developers, intermediaries, engineering offices, contractors, distributors with projects for sale. He is also considering opening a wholesale unit in Croatia through which they could sell compact transformer stations, solar panels, inverters, and support structures with concrete housings. This will require demand assessment and cooperation with domestic producers and distributors. It is also planned to move a versatile machine park to Croatia – excavators, loaders, special machinery. This would allow larger works to be carried out in consortium with local businesses.

Believe in the future!

Dr. Attila Keresztes points out that the motto of ASTRASUN is: Believe in the future!

In this spirit, he talks about the decision that led them to come to Croatia, as well as to become a member of RESC:

“Based on our market experience, we see that everything in Croatia is geared towards a successful green energy turn. In addition to tourism, the high number of sunny hours favors solar energy investments. We also intend our Croatian presence to be an export of knowledge: we would like to transfer experience and good practice to Croatia’s fast-growing energy market. We are also attracted by the desire to learn and the excitement of discovery. We want to establish long-term cooperation with local designers and other stakeholders in renewable energy sources, find Croatian partners for the development of the 300 MWp solar power plant project. The center of our activity in the region will be the Osijek Directorate, which will offer jobs to local experts who work or want to work in the renewable energy sector. We consider professionalism, connectivity and good B2B communication as prerequisites for a successful business, and we recognize this in the work of RESC. You are seen to be a serious organization with a talented and innovative membership. We are honored to be in such good company!”

Welcoming the new member, RESC Director Maja Pokrovac pointed out: “Every investor who enters a new market, an economic association like ours can make it easier to navigate new and as yet unknown terrain, so we are proud to be recognized as an important stakeholder in the energy scene. and that our work is valorized in this way. RESC with each new member, above all, strengthens the synergy of knowledge and experience and that is one of our major benefits. We are glad that the Croatian potential of our new member is in focus and I believe that the innovations brought by ASTRASUN can find the best investment options that Croatia has in the RES sector. In this way, it will contribute to a stronger development of the entire sector, and like any member, RESC will be supportive.“