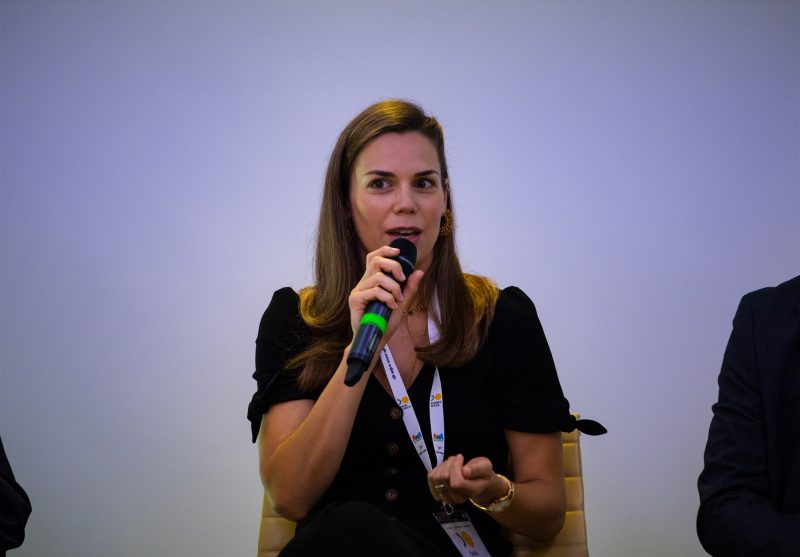 The development of SMO technology began in 2009 as an idea in the mind of a bio-physicist scientist from France, i.e., the Commission for Atomic Energy (CEA). At that time the idea of a sustainable and autonomous system for the conversion of devaluated materials into clean energy sources was mainly being developed as a hobby. However, in time it gained serious connotation so that from the very first day a cluster of experts became motivated by the idea of creating a solution for climate change. The first functional prototype was built in 2016 and presented at the COP22 summit. The company Active Solera became active on the market in 2020 with a view to constructing the first commercial plants for SMO technology and about the same time joined the membership of OIEH.

“The unique priority of this technology, namely, SMO process, is complete energy autonomy through the exclusive use of direct solar energy as a source. This characteristic enables the implementation of the SMO process on all sunny locations, including isolated zones such as islands, SMO was designed for the use of numerous waste materials and thus enables access to sufficient amounts of waste. Regardless of the type of waste materials, SMO guarantees a negative carbon rate, namely, CO2 is stored in long lifecycle carbon products”, Ivana Chaux-Jukić,  member of the Company’s management board clarified.

Numerous waste-to-hydrogen projects have already been implemented in the USA and are developing at an accelerated rate in Europe too.  Only one SMO unit can serve as a solution for the use of non-recycled waste and the production of clean energy for an agglomeration of 15.000 inhabitants. Such units imply the conversion of 12.000t+ of various waste annually and production of 800t+ of clean hydrogen (plant for 250 buses in one year) and amount to an investment of three million EUR, which is 3.5 times lower than similar solutions announced in media reports”, Chaux-Jukić emphasized.

She also noted that the arrival on the Croatian market was in a large way motivated by her origin. “My personal wish is to show that precisely in Croatia we can have the first commercial plant with these characteristics. In addition, Croatia has a great solar capacity but is, unfortunately, one of the EU member states with the worst statistics regarding waste management. In 2018 there was not even one waste-to-energy plant, and I believe it is time to change that and move Croatia from the list of the poor waste management countries to the list of producers of clean hydrogen with considerable capacities”,  Chaux-Jukić pointed out.

She clarified that the SMO technology functions best in zones with plentiful sunshine and that the greatest potential currently exists on Croatian islands where waste management costs represent a considerable expenditure. With the SMO technology, it is possible on small surfaces to converse waste into clean electric power with the possibility of storage in the form of hydrogen surpassing thus the problem of the intermittent character of renewable energy sources. Of course, apart from the islands, almost the entire territory in Croatia is sufficiently sunny for the implementation of SMO technologies for the conversion of waste into hydrogen and/or electric power.

Pilot Project on the Island of Cres

Active Solera signed an agreement on cooperation with the City of Cres and the utility organization Cres-Lošinj. “The drawing up of the required study and activities linked to attaining the necessary permits are currently underway. We plan to begin the plant construction in mid-2022. Our partners on the island of Cres are already thinking about the implementation of future projects using clean hydrogen produced on the island with a view to mobility. We believe this project will bring other benefits as well to the island community in respect to the number of new jobs of various profiles, which Active Solare plans to open as early as the end of next year”, the managing board member of the company pointed out. The company also plans other projects in Croatia that would be greater in capacity than the pilot project on Cres, namely two plants of 10 MW capacity in 2024.

At the same time, SMO plants are also being developed on the French Caribbean island of Guadeloupe and in Barbados, whose wish and announcement at COP 26 is to become the first economy run by hydrogen produced from waste materials. In this case by invasive algae that present a problem on multiple levels. In 2025, larger SMO plants are planned in Brazil and California (100 MW).

She also pointed out that a great motivating factor for membership was the mindset of OIEH and the manner in which it is possible to engage in a dialogue with various branches of RES in one place.  “What was also very important for the decision was the support in understanding the legal-regulatory framework. Something like that cannot be found in one place, no one will give a guidebook for the development of innovative technologies in regulatory limbo. An active entity or association is needed for that, one that is taken seriously enough by the regulatory bodies in order to gain the right information, as well as influence the creation of an appropriate environment for the development of innovative solutions without uncalled for and unjustified administrative deadlines”, the CEO of Active Solera underlined.