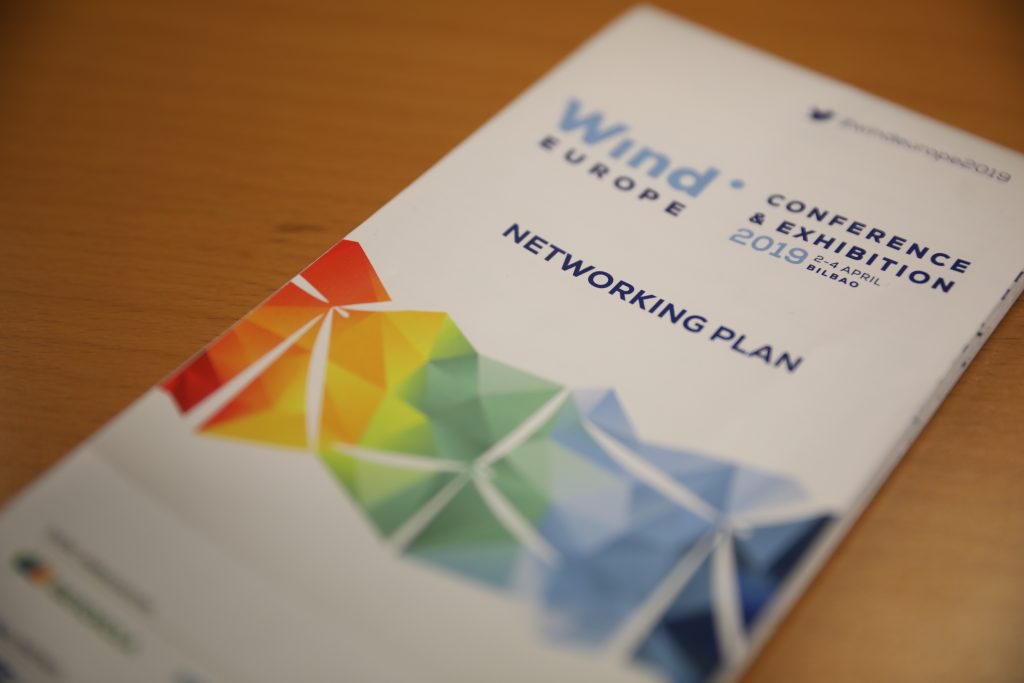 The Wind Europe 2019 Conference & Exhibition was held in the Spanish city of Bilbao on 2-4, April. This exceptionally important event devoted to clean energy in Europe and focusing on the use of wind energy brought together key European institutions and economies. More than 800 representatives and 300 exhibitors took part in the Conference which attracted great interest even outside Europe manifested by the arrival of delegations from the USA, South America, Asia and Africa.

Recognizing the importance of using renewable sources of energy, the Conference was ceremoniously opened by the Spanish King, Philip V, emphasizing in his speech all the benefits from resolving the challenging climate change.

All of you here are part of the best answer we can offer while confronting these existential challenges. You not only provide for the availability of energy but also bring numerous possibilities to business operations, technology and employment”, he pointed out.

He also reflected on the exceptional opportunities of energy transition he is quite aware of. “Spain perhaps has the greatest potential for renewable energy sources in the European Union. With more than 50 million hectares, Mediterranean and Atlantic winds, high sunshine levels, large forest surfaces and significant hydrological resources. Finally the robust network of companies and technology centers, innovations and know-how outline Spain’s story as the center of renewable energy sources”,

Spain has recognized the implementation of the energy transition as an exceptional economic opportunity. The wind sector is Spain’s industrial driver. Wind energy provides for 22.500 jobs and considerable levels of export.

Spain, the Basque Country and Bilbao have brought a well thought out decision on supporting wind energy and are now bringing about the advantages in regard to jobs and investments. Spain intends to acquire 42% of its energy from renewable sources by the year 2030 and wind will play a central role in the implementation of this goal.

The Minister of Environmental Protection and Energy, Tomislav Ćorić,  gave an introductory speech at the opening of the Wind Europe 2019 Conference & Exhibition as the first Croatian minister participating at this most important conference devoted to wind energy.

He pointed out that the Republic of Croatia, out of security reasons, has to turn to the diversification of supply options of all energy sources and to promote in the production of electricity the use of its own resources, before all of the renewable energy sources.

“Although we have achieved quite a few things, many challenges are still ahead of us. We expect more energy from renewable sources than in the last ten years. The goal is to have three times more wind and twenty times more solar energy in the next ten years. With wind and other forms of renewable energy, we will reach 32 percent of our overall energy needs by the year 2030 and at least 56 percent by 2050.  In addition, the transition to renewable sources will reduce harmful emissions. We believe greater investments in green energy in the future will also impact the development of the country as well as create new jobs and bring about industrial growth”, Minister Ćorić concluded.

At its first participation at the Wind Europe Conference, the Association Renewable Energy Sources of Croatia (OIEH) organized two panels entitled Southeast Europe in Focus which included the topics: ‘System Integration of Wind Energy in southeast Europe’  and Projects of Common Interest in southeast Europe’. Croatian experts and businessmen, together with representatives of European institutions and international corporations participated in the panels including the Minister of Environmental Protection and Energy of the Republic of Croatia, Tomislav Ćorić.

The discussion focused on the challenges and integration of RES in the next five years, the development of a future distribution system which should include other stakeholders as well, the intra-day market and trading with neighboring countries as well as corporate purchase contracts of renewable energy in Southeast Europe.

The EU plans to allocate 1.3 billion EUR for financing trans-boundary cooperation in RES infrastructure projects in the period 2021-2027.   The projects that can apply for funds include off and on-shore wind farms, solar energy, sustainable biomass, sea energy, geothermal energy and their combinations as well as connections to grids and storage of energy. This financial opportunity should certainly be taken advantage of.

At its first participation in the largest Wind Europe event, the association OIEH organized a joint presentation of Croatian companies as well as those which are active in the Republic of Croatia through their subsidiaries. With the goal of showing their overall relevance and value, as well as know-how and experience they acq1uired while working on renewable energy projects, particularly, wind farms, including their efforts and plans in the field, the following companies were presented in Bilbao: HEP, HOPS, HROTE, IGH, Zagrebtrans, Kamgrad, AMPnet, Fractal, Encro, Helb, Terra Purus, C.E.M.O, Acciona Energija, RP Global projekti, Megajoule Adria, Petrol and TECOI, Selan, Norinco and Energija project, Acuo energy MED, Enlight Renewable Energy and Eco Wind.

Among the 300 exhibitors, the Croatian exhibition space was quite noticeable owing to the recognizable red squares so that numerous interested visitors gathered there, including minister Ćorić who addressed the representatives of companies and the RESC association.

The participation at the Wind Europe Conference was sponsored by the Ministry of Environmental Protection and Energy and supported by the Croatian Tourist Association.