Use of radars for the ecological sustainability of wind farms 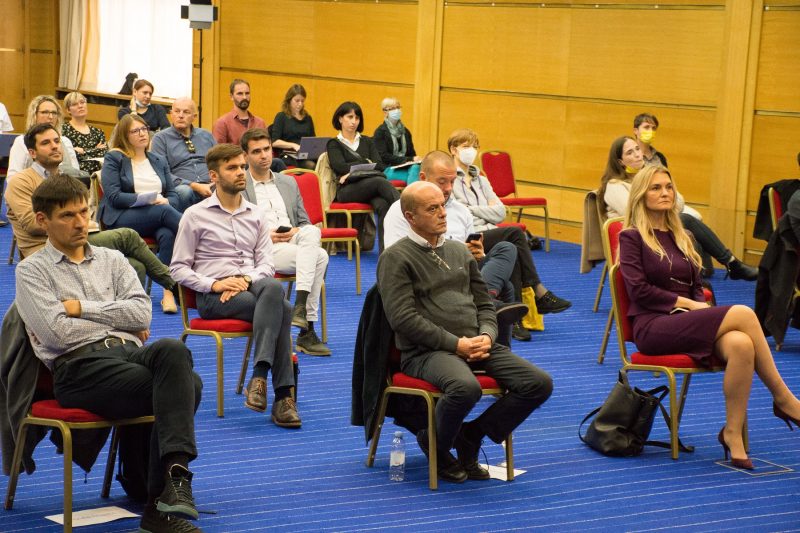 The workshop ‘Radar Technology – progressive methods of following birds and bats within the development the wind farm projects’ was held in Brijuni in the organization of the companies OIKON – Institute for Applied Ecology, Robin Radar Systems, Supernatural, the association of Renewable Energy Sources of Croatia, under the sponsorship of the Ministry of the Economy and Sustainable Development.

It is the first workshop of this kind and presentation of progressive methods of nature protection through the use of radar technologies which has not as yet been used in Croatia to that purpose although it is broadly used in countries with a developed sector of using renewable energy sources. The participants of the workshop – representatives of the Ministry of the Economy and Sustainable Development, nature protection experts, investors in renewable energy sources, and authorized personnel of the Ministry for carrying out environmental and nature protection activities – discussed issues on the development and challenges of wind farm projects in Croatia and measures for mitigating the impact of wind farms and use of radar technologies as a solution.

Sanja Ivelj, head of the Sector for energy markets and infrastructure, energy efficiency, and renewable energy sources in the Ministry of the Economy and Sustainable Development, speaking on the issue of planned energy development in the Republic of Croatia emphasized the objectives of the energy policies in the realization of the green transition in which she underlined to the necessity of cooperation of all actors in the quest for the quick as possible transition to low-carbon goals and economic development.

Maja Pokrovac, director if the Association of Renewable Energy Source of Croatia pointed out that Croatia has exceptional potential in the development of renewable energy sources.”For the first time, we are connecting at this Conference the green goals of Croatia and the European Union and the existing needs of protecting the environment and nature. The technology we are presenting for the first time in Croatia does that precisely and enables us to make this synergy even better”, Pokrovac said and presented the map of the potentials of renewable energy sources by the counties that was drawn up on the basis of publicly available data. “The data has been collected with the assistance of OIKON and originated from zoning plans, HOP’s list of projects while the rest was acquired by reviewing the website of the Ministry of the Economy and Sustainable Development according to survey procedures and studies on environmental protection. The potential is apparent, however, that is not the case regarding what projects are to be implemented, We have ambitious plans set by the EU but we do not have a common and official spatial base of planned projects, a map that will indicate to anyone who wants to invest where the projects are located. Therefore, one of the things we need is mapping and access to the project database. We need to enhance transparency as we do not have a clear picture”, Pokrovac underlined and also pointed to the slowness of the license issuing procedures and environmental processes. She emphasized that in view of the ambitious EU Green plan objectives and Croatia’s reality in the realization of renewable energy sources projects, the cooperation between investors and environmental stakeholders is of great significance in order for Croatia to have a sustainable economy and to open green jobs to an utmost degree.

“We as a society must respond to the challenge of transformation not by being a low-carbon society but rather a climate-neutral society. The European Commission has set clear and rather ambitious goals for us as a continent to become the global leader on the road to carbon and climate neutrality. One of the solutions to the problem along that road is unequivocally the use of renewable energy sources” Aljoša Duplić, director of the Institute for Environmental and Nature Protection at the Ministry of the Economy and Sustainable Development, pointed out underlining that our task is not only to preserve but rather to enhance nature and biodiversity.

The main challenge in the development and functioning of wind farms is the possible harm to birds and bats caused by the rotating blades of the wind turbines, Therefore, adequate planning and efficient measures of mitigating the impact of wind farms on birds and bats is of crucial importance for the environmental sustainability of the production of this type of green energy. Traditionally, the tracking of birds in the area of research is carried out by the periodic observation of their movement through a number of various methods, while in the case of bats their cries are recorded as well as their movements. The integral solution is in connecting traditional methods of training with new tools and progressive data analyses which results in a much more qualitative assessment of the impact on the environment and nature and more efficient control and implementation of mitigation measures,” Dalibor Hatić the director of Oikon – Institute for Applied Ecology said and added: “The use of radar technology would enable better planning and use of the Croatian wind energy potential, providing greater economic benefits and stability in the supply of green energy and at the same time more efficient nature protection”.

The method and use of radar technology were presented by the experts from the Dutch company Robin Radar Systems who worked on its development and then shared their experiences in the application of the technology with experts from Finland and Denmark.

Within the framework of presenting the radars, targeted research was carried out in regard to birds and bats in Brijuni while the system for studying bats was expanded as it hasn’t been developed to a sufficient degree up to now. “We came to the knowledge which types of bats move in space and how they use it, which is very valuable data, important not only for this area and Croatia but for the development of the entire system. I believe this will become a global idea which we will continue to develop,” Mirna Mazija, director of the Supernatural Company pointed out.

“I am particularly pleased that we were able to come here today, to this beautiful island and present the possibilities of this new technology which is beneficial in finding solutions for attaining green energy, at the same time protecting nature”, Sibylle Giraud, of the Dutch company Robin Radar Systems, concluded.

PrevPreviousSolar panels on roofs are a rare appearance, but solar and renewable energy is the future
NextThe Association “Electric Circuit” is working on a universal application for electric vehicle chargersNext