Trial operation of the wind farm Senj set in motion 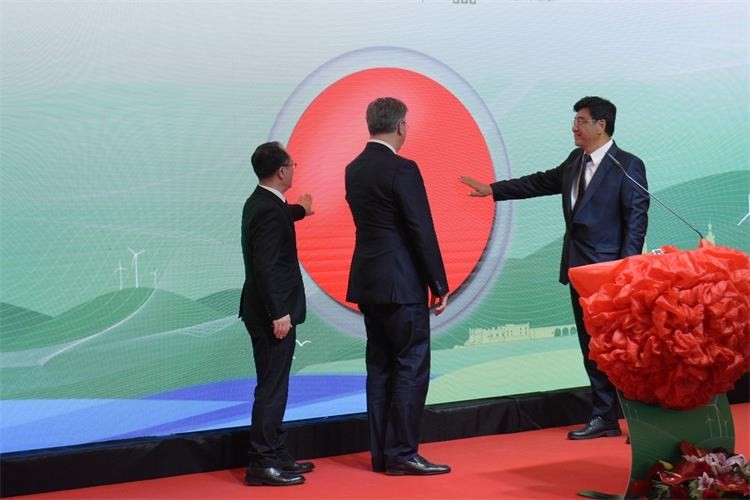 By remotely pushing a button today, Prime Minister Andrej Plenković and the Chinese representatives set in motion the trial operation of the Senj wind farm. It is the largest wind farm in Croatia which includes the construction of 39 wind aggregates of the individual capacity of 4 MW in an area of 65 square kilometres, of which 28 wind aggregates are located in the area of the city of Senj and 10 in the area of the municipality of Brinje. Works on the construction of the wind farm began on 20 July 2019 and this is the first Chinese investment in Croatia in the value of about 200 million EUR, according to an announcement by the Government.

The wind farm was constructed by the Chinese state company Norinco International Cooperation, namely, their Croatian subsidiary that is the majority owner in the Energija Project Company from Senj.  The overall capacity of the wind farm will be 156 MW and produce 530 million kWh of electricity annually. The official beginning of operation is expected by the year-end and will be functional at least for the next 23 years.

Plenković called the Senj Wind Farm Project one of the two fundamental runways of the development of Croatia, Europe and the world – and they are the green and digital transitions. “This investment of 200 million EUR into clean energy will undoubtedly represent a project that is valuable and important for Croatia and for the Lika-Senj Count as well as for the overall production of electric power from clean and renewable sources”, the Prime Minister underscored. Such a concept of an energy mix, which is part of the Government’s policy, is exceptionally important in the sense of sustainable development, fulfillment of Croatia’s goals which Plenković also presented at the global conference for combating climate change, COP-25 in Glasgow. “In that regard, we are on the right path and these 39 wind aggregates with a total connecting capacity of 156 MW, and annual production of 0.5 TWh will represent the essential contribution of 3.5 percent of the overall production of electric power in Croatia”, he pointed out.

He underlined that it will contribute to the achievement of the goal of Croatia having by the year 2030 at least a 32 percent share of renewable energy sources. “One of the main goals is to increase the production of electric power from renewable sources to 30 percent as early as next year. I believe we will achieve it precisely owing to such projects and such a large investment provided to Croatia by the Norinco Company, which has become owing to this, one the largest investors in the green economy in Croatia”, Plenković pointed out, adding that he views this project in a broader context – along with the context of the relationship between Croatia and China there is also the context of Croatia’s efforts towards a green transition, combating climate change as well as investing in an important Croatian county which is territorially one of the largest but at the same time the least populated.

Those present were addressed by a number of representatives of the Chinese company, the representative of the Chinese Embassy in Croatia, and by video link from Beijing, among others, by the CEO of the Norinco Company, Jiao Kaihe, and the Croatian ambassador in China, Dario Mihelin.

“With this exceptionally important project and large investment our Company is enhancing the cooperation between China and Croatia as well as the cooperation with Central and Eastern Europe. We are extremely pleased to have the support of both governments, Chinese and Croatian”, Kaihe said.

As was pointed out,  more than 40 local producers and contractors were engaged for the project in Senj and Brinje as well as more than 260 domestic workers. The Chinese representatives underlined that the project will contribute to green and low carbon development, to the local community as well as to the deepening of relations between Croatia and China. They emphasized that China will accelerate its green transition and enhance international cooperation in the field of the green economy. In addition, they underlined that Chinese development is not a threat but can benefit the entire world, including Croatia.