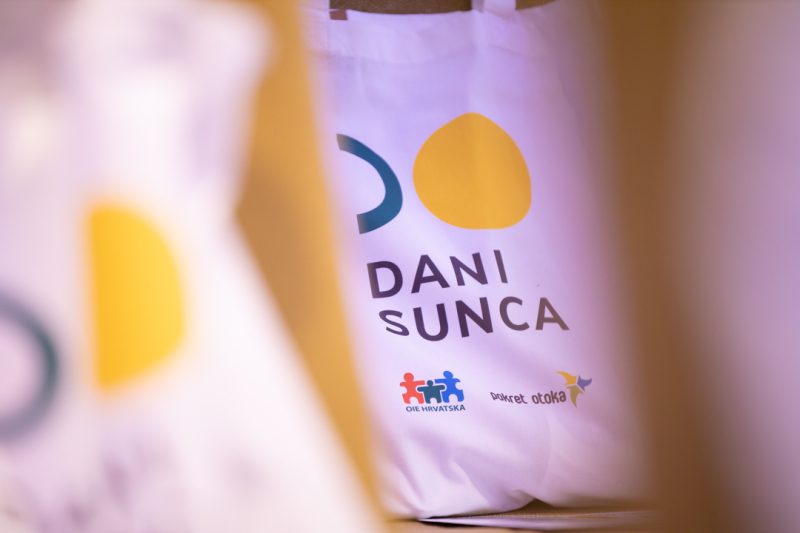 How ready are we to turn climate and environmental ambitions into real projects, what the new legislative framework brings, how to solve development, procedural and administrative pains, what projects banks and funds in Croatia will invest in, are just some of the issues in the focus of the two-day conference. energy – ‘SUNNY DAYS’, which officially started yesterday in Hvar, a town with an average of 2.700 hours of sunshine a year, organized by the Renewable Energy Sources of Croatia (RESC) and the Island Movement.

The event brought together about 200 participants, representatives of ministries, institutions, academia, equipment manufacturers, the banking sector, investors, counties, and local communities, who were welcomed in the introductory part by the organizers and hosts.

– Croatia can export both knowledge and experts, which is one of the reasons why we hold conferences like this. We want all the potential we are talking about to gain its strength, we want to connect citizens, companies, industry in one place, connect renewable sources with agriculture, biogas, point to new business models, encourage relevant institutions and the general public to solve identified problems. We can and must do more to make the sunshine for everyone – said Maja Pokrovac, Managing Director of RESC, thanking the hosts, partners, patrons, and sponsors for recognizing the importance of the conference on the Sun.

Maja Jurišić, Project Manager of the Island Movement, emphasized that cities must be at the forefront of the changes they want to see: “Local governments can and should actively participate in investments, contribute to the development of joint investments with citizens and investors and thus manage resources in their areas and RES projects have specific benefits. We consider the active involvement of citizens to be key to implementing the transition to clean energy, which will significantly contribute to local development, economic recovery, and raising competitiveness. “

Stipe Čogelja, Deputy Prefect of Split-Dalmatia County, pointed out that the energy transition provides a unique opportunity for the application of new green technologies and innovations, which significantly accelerate modernization, enables job creation and ensures the development of a low-carbon society. He also commented on the plans that the county has: “The realization of RHE Blace has intensified, and the adoption of a spatial plan with 31 photovoltaic locations is expected soon. We are also participating in the BLUE DEAL project, which seeks to strengthen the potential for the use of marine energy, and we are also establishing a county energy agency.”

Rikardo Novak, Mayor of the City of Hvar, commented on the Energy Transition Strategy, which set the goal of achieving energy self-sufficiency by 2035: “With this document, we started the process of transition to clean energy sources. I am pleased to emphasize the role and community of local communities on the island, which from the beginning supported the vision of Hvar as a self-sustaining island, and we believe in good cooperation with citizens.

In a video address to SolarPower Europe, the CEO of that European association, Walburga Hemetsberger, gave a European picture when it comes to solar, and also referred to Croatia. “Solar energy has proven to be very resilient in this pandemic and will continue to grow. As early as 2023, we will install more than 30 GW of solar panels per year. As for Croatia, the solar potential is great, but currently, Croatia is not among the top countries producing solar energy, although it could be because we see great growth. The solar market is expected to grow by 226% this year and by 2025 the installed capacity should increase by 871 MW, which is an increase of 850% of total capacity. Solar energy is not only the most cost-effective, it is also the fastest creator of new jobs. More than half a million direct and indirect jobs are expected by 2024 in the EU. Also, solar energy provides an opportunity to develop the production of solar modules and cells in Europe. Croatia can play a big role here, “said the director of SolarPower Europe.

The working part of the first day of the conference began with a presentation by professor Neven Duić, PhD, from the Faculty of Mechanical Engineering and Naval Architecture in Zagreb on the topic of solar applications. “In order to accelerate the solarization of Croatia, it is necessary to work on solar roofs, but also large solar power plants, accelerate premium auctions for large solar projects, enable the development of floating solar power plants, symbiosis of solar energy and agriculture, create a framework for renewable hydrogen. and in educating people “, said professor Duić.

The second day of the conference began with a presentation by Ivo Milatić, State Secretary at the Ministry of Economy and Sustainable Development, on the new legal framework for the green transition. He pointed out that the Law on Renewable Energy Sources and High-Efficiency Cogeneration (ZOIEVUK) passed the first reading and is expected by the end of the year, and today the Parliament will vote on the Law on Electricity Market (ZOTEE): the community of citizens. Accordingly, new energy activities are being introduced, such as aggregation, energy storage, and the closed distribution market operator. Also, the procedure of the public tender for the issuance of energy approval for the new production capacity is determined “, are some of the news from ZOTEE that he listed.

The conference will be followed by a panel discussion: ‘The state and future of photovoltaic power plants in Croatia’, ‘Solar technologies in Croatia’, ‘Application of solar power in the economy, industry, and entrepreneurship, ‘The role of citizens and local self-government in the green transition’ and ‘Economic and financial sustainability of projects.