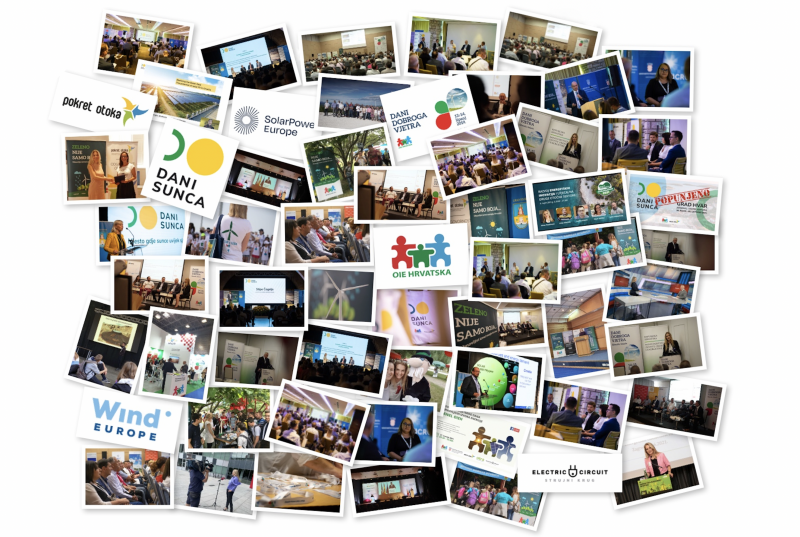 On this day five years ago, the Renewable Energy Sources of Croatia was founded

In world news, November 4, 2016, was marked as the day when the Paris Agreement entered into force, which represents a global milestone in the fight against climate change. On that same day, the group of visionaries in Croatia marked the beginning of joint public action establishing the economic-interest association Renewable Energy Sources of Croatia.

They were gathered by the need and desire to articulate the interest in the production of domestic, renewable energy, which at that time was not adequately valued in Croatia. Moreover, in public communication, it was often relativized. From then until today, much has changed in the public space, and domestic energy produced from renewable sources has become an unavoidable topic. The RESC played a significant role in this development process of information and education. With its continuous work and development, it has become recognized as a central place of quality and knowledge, but also as an association that brings together RES electricity producers with 80% of the total installed capacity and developers, consultants, and supporting industry of the RES sector in Croatia.

In its activities, the RESC strives for partnership with all stakeholders in the energy transition and continuously works on creating a better understanding and development of the RES sector. It works closely with the academic community. Organizing educational workshops and conferences creates space for the spreading of information and knowledge. It connects people interested in renewable energy sources at all levels – from the smallest local governments to European associations. This approach has been recognized by WindEurope and SolarPower Europe, of which the RESC is an active member, and strategic partnerships with the Island Movement and the Circuit for Electromobility Association have been born from actions aimed at mutual well-being.

RESC is also working on developing new business models in the energy sector with great potential for implementing innovations, introducing a system of electricity production at the point of consumption, developing small solar power plants on family houses, tourist facilities, family farms, production plants. Today, as five years ago, the Associaton deeply believes in the realization of the huge natural potential that Croatia has in renewable energy sources. Solutions to the challenges along the way are sought by those who can help, and will soon present two studies to be developed in collaboration with the RESC, funded by the European Bank for Reconstruction and Development (EBRD), which will become the basis for investment in renewable projects. energy sources and their integration into the power system. This will provide significant support to the achievement of the goals set by the Energy Development Strategy of the Republic of Croatia until 2030 with a view to 2050.

The strengthening of the renewable energy sector will provide options to diversify energy production and have a secure supply, reduce dependence on energy imports, reduce the environmental impact of fossil fuels, develop innovative technologies, increase competitiveness, develop entrepreneurship and create new jobs, involve citizens in energy transition, and thus enable savings through own energy production. And all this is part of the goal that RESC wants to achieve through its activities. In the first five years of the association’s work, an excellent foundation has been created on which such modern, renewable and sustainable energy can continue to be built in synergy with all stakeholders in the energy transition.