Croatia as part of the European consortium for creating a battery value chain, Rimac among friends 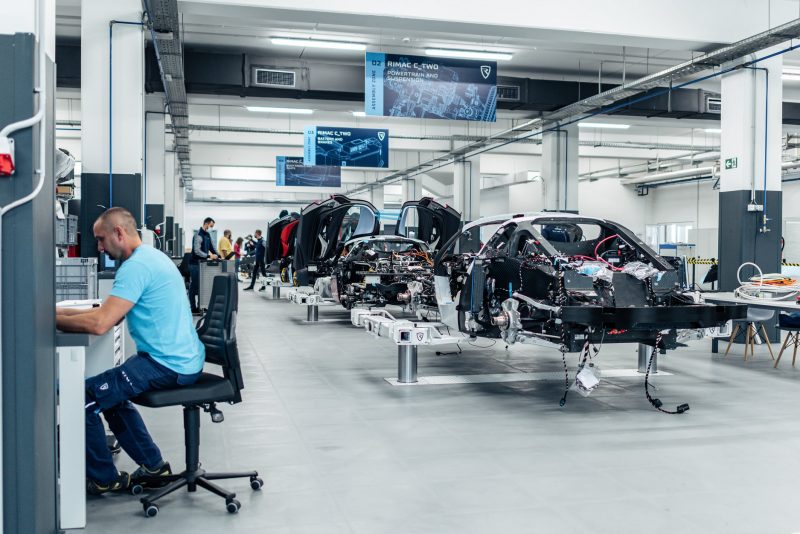 Croatia has become part of a European Consortium for creating a European  battery value chain, andRimac Automobile will become Croatia’s partner in a project encompassing 12  EU countries and co-financed with 2.9 million EUR,

The European Commission approved the so-called autumn set of applications within the mechanism of the Important Project of Common European Interest (IPCEI) for the support of research, development and innovation in the battery value chain, The goal of the integrated project is the development of new technologies in the field of batteries – from mining and processing raw materials, development of new technologies through the production of battery cells and battery packages to their recycling. Directly involved in the project are 42 participants from 12 member countries that will mutually cooperate in order to achieve a synergetic effect that will bring positive results for the entire EU and its citizens.

Along with Croatia, the project was jointly developed by Austria, Belgium, Finland, France, Germany, Greece, Italy, Poland, Slovakia, Spain and Sweden and the implementation of the project will last to 2028. Croatia’s direct partner is the company Rimac Automobile. The allocation of 2.9 billion EUR of state incentives was approved to the member states participating in the project which will prompt an additional sum of 9 billion EUR  from private investors – more than triple the amount in regard to state incentives.

The director of the company Mate Rimac emphasized on that occasion that electric vehicles and battery systems are the industries of the future that already have today great significance and effect for the economies of the leading countries in the industry. “Companies such as BMW, Tesla Motors and FCA are already in the consortium so we are mostly dealing with investments in Western Europe and ‘old member countries’. We are proud to participate in such an important and comprehensive project along with renowned names in the industry and for placing Croatia on the map of the automobile and battery industries. In only 10 years we have created almost 10.000 new jobs in Croatia – for the development and production of electric vehicles and battery systems. In other words, precisely what the European Commission recognizes today as a strategic branch. We have a long road ahead of us and we hope that this growth will continue and this project will certainly be a strong incentive for further growth and implementation of plans. In addition to strengthening further growth and employment within Rimac Automobile, it is our wish to include in the project Croatian educational institutions and other stockholders, such as the network of domestic suppliers. Along with our direct cooperation with buyers and investors such as Porsche and Hyundai, we hope this will contribute to attracting additional investments in this sector in Croatia”, Rimac pointed out.

Prime Minister, Andrej Plenković congratulated the Rimac company for another great accomplishment, emphasizing that continued research, development and innovation are the priorities of the National Development Strategy of the Republic of Croatia: “The government recognized the significance of this project and gave its support not only to this specific project but also to all other development projects and investments of the Rimac company. We will continue to firmly stand behind all entrepreneurs and investors who are developing and implementing the newest technologies and placing Croatia on the map of countries that are leaders in these branches, Through the realization of this project Croatia will become much more attractive to investors in the automobile industry which will contribute to the development of a new powerful industrial sector, resilient to crises”, the Prime Minister said on that occasion.

The Minister of Regional Development and EU Funds, Nataša Tramišak pointed out that in addition to the direct impact on the automobile industry and mobility,  the opening of1400 new job is estimated to the year 2029 as well as the enhancement of the knowledge base through cooperation with faculties, including the financing of graduate students and drawing up of new educational programs, including easier access of relatively new technology firms to the battery ecosystem through the establishment of start-up incubators.