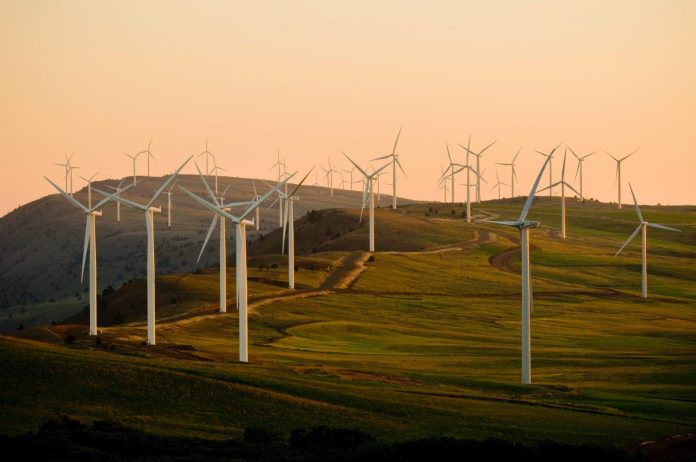 The price of electricity is increasing almost daily and no one can envisage when it will come to a halt. One thing is certain and confirmed by all the undertaken analyses and that is that it will not return to 2020 levels. For that reason, the purchase of energy from secure sources has become a question of national security and as shown, the cheapest is the energy produced within one’s own national boundaries. The purchase of clean, accessible, renewable energy directly from producers has recently become possible in Croatia too.

The Corporate Power Purchase Agreement (CPPA) is among the most popular agreements for the purchase of renewable energy in Europe and around the world. CPPA is an agreement signed for a period of 5 to 10 years and in most cases, a fixed price is negotiated for the energy supplied within that period.

Although CPPAs are in their initial phase in Croatia, it is important to get to know all the possibilities they offer. That was the precise reason for the presentation of CPPA during the Days of Good Wind Conference held in Dubrovnik. Mislav Slade Šilović of PwC Croatia explained all the advantages this type of agreement offers to buyers and the market: „With a CPPA, signed for an average period of 10 years,  energy producers are acquiring a bankable document and can more easily acquire the financing and other means for their next project. In addition, they are guaranteed stable revenues while  on the basis of this agreement the buyer is actually purchasing stability, predictability and  achieving savings since there is no fear of growing prices.“

The CPPA protects both sides from market volatility to which they are exposed with standard agreements. Even if more pronounced disruptions appear on the market, correction mechanism are envisaged which have to be to the satisfaction of both parties to the agreement.

Why opt for a CPPA?

Companies opt for such agreements for a number of reasons. For large consumers of electric power, such as for example, cement plants whose energy makes up 60% of their overall expenses, a CPPA  guarantees price and supply stability during the duration of the agreement and easier planning of annual expenses. Some companies purchase green energy due to ESG goals and investments in RES: There are companies that buy energy for further sales and placement on the market. Sometimes operators of transmission systems negotiate CPPAs and purchase energy to cover losses. In any case, these agreements offer limitless application possibilities.

In the case of physical agreements, the producer/developer literally supplies electric power through a third party to the end buyer. Given that in this case the energy is physically supplied there is an additional cost due to the participation of a third party which has to be paid for the energy transmission service.

Trans-boundary CPPAs also exist when, for instance, a Croatian power plant wants to sign an agreement on the supply of electric energy on a multi-year basis with a buyer from Slovenia or Hungary, but possibilities of additional risks exist in this case due to over-the-border price differences and varied regulatory frameworks.

There is a multitude of CPPAs on the market. A model that is satisfactory to both sides is always chosen and it always envisages possible solutions to problems that might appear during the duration of the agreement. For that reason, the drawing up of these agreements can last up to a few months.

CPPA in the world

Although they are well developed in the markets of the USA, Asia, Spain, Great Britain, and Scandinavia, in the rest of Europe they are developing at a slower pace. Large corporations have recognized the importance of buying clean energy and the environmental benefits it provides. In the ten-year period from 2010 to 2020, international corporations have bought a record 23.7GW of clean energy on the basis of CPPAs.

If we look at the agreements from the first half of 2022, it seems that the corporate procurement of clean energy has halted below 15 GW which is less than half of last year’s overall amount. This reduction in most markets in Europe is mostly due to the consequences of the Russian war in Ukraine which resulted in record-high prices of electric energy and inflation throughout the economy. All this has made negotiations on long-term conditions of purchasing electric energy more difficult. Nevertheless, all the projections indicate that the demand of companies for clean energy is growing in spite of the short-term disruptions in the market.

The WindEurope Organization has published the findings of the research on  CPPAs signed in Europe up to July 2022. This tool provides an overview of CPPs according to technologies, countries, and sectors. From 2007 to date, agreements on the supply of 22 thousand MW of clean green energy have been signed.

Spain is the front-runner in the overall number of negotiated megawatts, achieving the same result in the first six months of last year. As much as 24% of all PPAs for the first half of 2022 were signed in Spain. It is followed by Great Britain, Denmark, Finland, Sweden, and Germany.

The results of the research show how the individual branches of the RES industry participated in CPPAs. The greatest volume expressed in MW was achieved in the wind industry, both on and off shore.

The corporations negotiating PPAs come from various sectors. From telecommunication companies, from the service industry sector to heavy industries. All of them wish to purchase 100% of green energy and secure a stable amount of monthly or annual yields for energy originating from renewable sources. Amazon has been first for months on the list of companies that negotiate the greenest energy through PPAs.

If we view things from the aspect of industrial sectors, the largest buyer of green energy is by far the ICT sector (information and communication technologies). This sector has contracted more than 7000MW in CPPAs, followed in second place by the heavy industry with about 6000 MW.

The future of green energy with CPPA

Leading EU officials point out that for achieving the goals of climate neutrality and energy independence it is necessary to combine sources of financing in order to reach the desired gigawatts from new RES projects and thereby achieve our energy security.

CPPAs or PPAs offer limitless possibilities of developing renewable energy sources the growth of which the REPowerEU plan places in the center of the aspirations for energy independence and energy security.